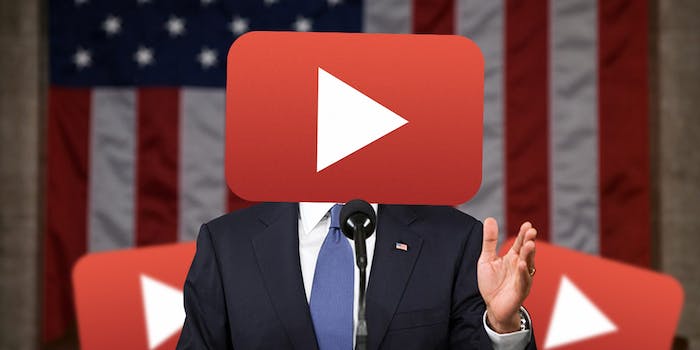 Explore the changing digital video landscape, what power players will be attending, and what VidCon can tell us about the future of online video.

As the masses of YouTubers, fans, and online video professionals colonize Anaheim, Calif., this weekend for VidCon, the annual conference that bills itself as the premier gathering for online video, the medium and its natives are facing a future of increased visibility for good and for ill. While YouTube stars are rapidly moving into household-name territory, they also face scrutiny of their community and the practices that have facilitated its growth. In anticipation of the event, we explore what’s changed in the digital video landscape since last VidCon, what power players in the space will take part in this year’s festivities, and what VidCon will likely tell us about the future of online video.

At the center of it all, there’s no missing Hank and John Green or the influence they wield over the YouTube masses. The pair have had individually massive years: Hank released his fifth album, Incongruent, and earned a Creative Arts Emmy for The Lizzie Bennet Diaries, the webseries he co-created with Bernie Su. John, meanwhile, saw the major motion picture adaption of his novel The Fault in Our Stars top the box office its opening weekend. As a pair, known as the Vlogbrothers, they worked with their Nerdfighter community to raise $869,591 as part of Project for Awesome, their annual charity drive. John recently appeared on The Colbert Report, and Nerdfighters have been mentioned in dozens of major publications and all over TV.

But the brothers are not the only YouTubers becoming household names. YouTube itself started to promote its own, and in a big way. Vloggers Michelle Phan, Bethany Mota, and Rosanna Pansino became an unavoidable part of many New Yorkers’ commutes as the women’s faces plastered subway cars. Video ads featuring the women ran on The CW and ABC Family, as well as during tentpole events like the MTV Movie Awards. Instead of marketing YouTube at large as a service, YouTube marketed specific creators on the platform in a move designed to justify and inspire ad dollars flowing into the site. As for the featured creators, they have begun to brand themselves outside the YouTube sphere. Last August, Phan released a makeup line with the L’Oreal Group, and Mota released a clothing and accessories line at Aéropostale in December.

Self-proclaimed “professional fangirl” Tyler Oakley has crossed the fourth wall of fandom and embraced his celebrity power for good. To celebrate his birthday, Oakley rallied his fans to raise over half a million dollars for The Trevor Project, an LGBT youth suicide prevention charity, and he was recently honored by the organization with its Trevor Youth Innovator Award. This year Oakley (along with Hannah Hart and other youth influencers) met with President Obama to talk health care reform, and as LGBT rights and youth-related political issues took center stage in the past year, Oakley and other YouTubers have been there to lead the charge emotionally through their access to legions of like-minded youth. His videos may talk about cute butts and booze, but by actively engaging in social rights and political issues, he’s made pop culture and politics go hand-in-hand.

From the studio side, everything wasn’t as peaceful as in years past. Major studios saw shakeups, sales, and splits, as when Grace Helbig had to leave her DailyGrace channel and content behind when she broke from My Damn Channel at the start of 2014. After My Damn Channel continued to upload and promote Grace content, fans and fellow YouTubers rallied around her new channel, which now tops 1.8 million subscribers, edging close to surpassing her original channel’s 2.2 million. Helbig has appeared in commercials for St. Ives, and she also crossed over into life on the big screen when she starred alongside YouTube’s Hannah Hart and Mamrie Hart in the film Camp Takota. All three also appeared as guests on Comedy Central’s @Midnight. Meanwhile, several major studios were acquired by media giants. In March Disney purchased Maker Studios for $500 million, giving the Mouse access to 55,000 channels, 380 million subscribers, and 5.5 billion monthly views. In April AwesomenessTV acquired BigFrame, bringing it into the DreamWorks fold since AwesomenessTV was acquired by the animation studio in 2013.

With all the shifts in the YouTube landscape this year, VidCon has shifted with it, especially in response to the various challenges the community faced in the past year. A dispute over Microsoft paying Machinima vloggers for positive game reviews brought attention to the dangers of brands being too directly involved in video content. As the community grows, so too must its boundaries, and several talks at this year’s VidCon will address the intersection of Hollywood with YouTube—and how the community can flourish there while still retaining its own quirks.

Another noticeable shift in programming this year includes several tracks dedicated to struggles of women in the YouTube environment. Last year the issue of women on YouTube wasn’t addressed, and so female community members gathered away from the convention center to address their own issues. Now, that programming is being brought to the main convention, and at an important moment for the community. In March 2014, women began speaking out about inappropriate relationships with various YouTubers who were or are signed to Don’t Forget To Be Awesome (DFTBA) Records, a digital music label launched by the Vlogbrothers. In a medium that prizes its connectivity between creator and fan, it was a sharp wake-up call that YouTube celebrities were perhaps just as privileged as traditional ones, in relationships prone to power imbalances and unsafe environments if left unchecked. Beyond putting in place a formal code of conduct for the event, how directly the con will address the celebrity culture of YouTube and the responsibilities of creators in interactions with their (often young, female) fans remains to be seen. However, after the allegations surfaced, Hank and John asserted their plans to develop a task force on sexual abuse, and several fandoms’ members opened up communication about their own experiences, inspiring plenty of conversation on the subject both online and off-.

In years past, “viral” was the buzzword. Creators hoped for a one-off hit that could propel their channel to stardom, and marketers were itching to fabricate viral-style videos as advertising tools. With time, planned content has surpassed the viral itch. We’ve seen brands and creators turn to marketing integration, events, and long-term strategies to build loyalty and promote themselves and their products.

As YouTube grows as an industry, VidCon exists on the cusp between fan conference where subscribers can get face time with the stars they obsess over, and networking ground for brands and agencies to latch on to the future of entertainment. Time will tell if VidCon can perfect the balancing act of a grown-up video space that still wants to play in the sandbox with its community.