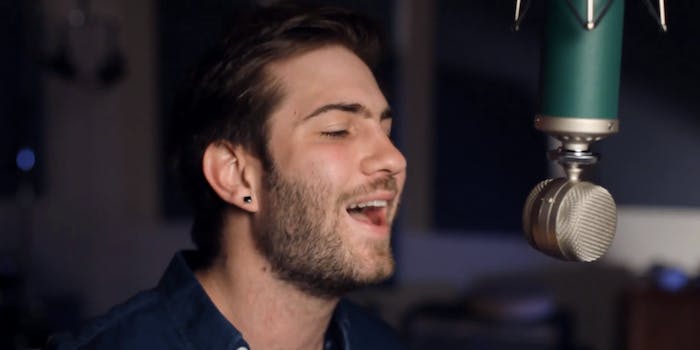 The karaoke app turned YouTube network StarMaker is helping its users get a leg up in the music game with contests that help to turn homemade cover artists into polished professionals. Alex Hobbs is one such lucky winner, whose cover-song singing won him a prize courtesy of Keep Your Soul Records.

Hobbs won StarMaker’s contest to sing with performers Corey Gray and Alexi Blue, as well as a professional recording session and video shoot, which resulted in Hobbs covering Kygo’s hit “Stole the Show.”

Hobbs has a small 8,000-strong YouTube audience already listening to his covers, and those numbers will hopefully be bolstered by his appearance on Keep Your Soul’s larger channel.

StarMaker’s app has come under some scrutiny for uploading people’s karaoke covers direct to YouTube, but it does offer users a way to upload covers through their vast licensing deals and has previously collaborated with The Voice and American Idol. This Keep Your Soul Records deal is the latest in a line of promotions that have included a chance to perform on stage with Clean Bandit and join the Playlist Live main stage in Orlando.

Screengrab via Keep Your Soul Records/YouTube