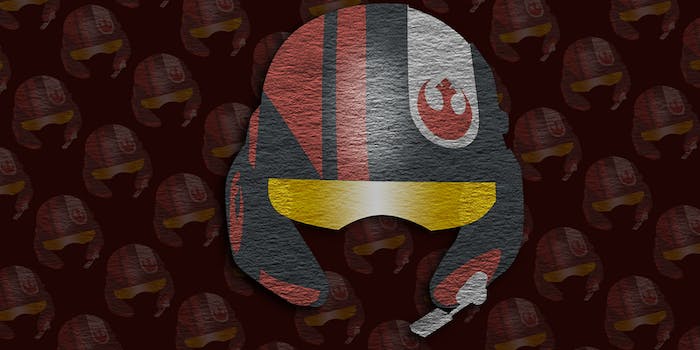 The Force is strong with 'The Force Awakens.'

We knew that Star Wars: The Force Awakens would have a stellar opening weekend at the box office, but no critic, fan, or Jedi Master could have predicted just how big it would be.

The Force Awakens decimated the all-time opening-weekend record with $528 million in worldwide ticket sales from Thursday to Sunday, with $247 million of that coming from North America alone. Those box-office totals broke a ridiculous number of records, including the biggest domestic debut, the biggest December debut, and the biggest opening weekend in more than a dozen countries. It made more than $100 million on its first day ($57 million coming from Thursday sales alone) and netted more than $100 million in pre-sales.

The seventh Star Wars film—which reunites Han Solo, Leia Organa, and Luke Skywalker and introduces a new trio combatting forces bigger than themselves—resonated strongly with fans,. As reviews and word-of-mouth spread and fans clamor to see it again, the already mind-boggling number will undoubtedly grow by leaps and bounds.

The last reported domestic total was $238 million, with a worldwide gross of $517 million, both of which fell slightly behind Jurassic World, which earned $524.9 million worldwide its first weekend. But that excluded Sunday’s box-office totals. With those factored in, The Force Awakens soared past Jurassic World.

“It’s bigger than big—it’s bigger than we thought it would be yesterday,” Disney CEO Bob Iger told Bloomberg TV on Monday. “And China has yet to open.”

Iger has a point. Jurassic World’s box-office numbers benefitted from the inclusion of the film’s Chinese debut. The Force Awakens beat that record two weeks before its Jan. 9 Chinese opening. Once it premieres in that country of 1.3 billion people, it’ll be even more of an unstoppable Force.

Meanwhile, this is probably a good indicator of what Disney’s accounting offices look like this morning.