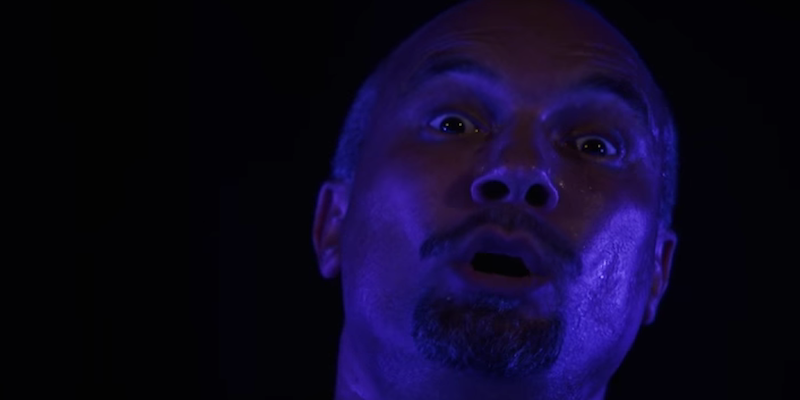 Add this to your Netflix queue ASAP.

Within the nearly hour-long piece, debuting Friday on Netflix, Smith traverses through a timeline in a zigzag that never pushes off its course. From King’s beating at the hands of Los Angeles police, to the infamous riots that followed when King’s attackers were found not guilty, his layered performance is gripping.

Filmed in New York City’s East River Park, we find the actor and playwright barefoot, fully connected, and grounded into the stage with this scorching, original material. Lee is restrained and meditative as a director, save a few Lee-isms with camera effects, pulling Smith’s swaggering cadences completely to the fore. Lee makes sure that the story of where we were in 1992, and where we still are in many respects, is what we get.

He manages to tie together America’s under-reported history. His show puts the 1943 Zoot Suit riots, civil rights leaders, Trayvon Martin, barbaric and cavalier attitudes of ignorant Americans, King’s accommodationist and ridiculed speech, and even The Cosby Show on a bloody string. Smith adds unique passion and tangible textures to illuminate King’s beating at the hands of officers Stacey Koon, Laurence Powell, Theodore Briseno, and Timothy Wind, who were all later acquitted even with citizen George Holliday’s harrowing taping of the incident.

The incident, and the verdict, would send tidal waves through American culture.

Smith also elucidates on the lockstep of a city and a still-broken man in simultaneous crisis, neither fully able to reconcile the events. He would briefly lay out parts of the remainder of King’s life: His subsequent love of skiing and surfing, King’s continued drug use and run-ins with the law, and his eventual death at 47 where he was found floating in his own swimming pool.

It's not everyday you interview Spike Lee about Rodney King. Today is that day. Have a read please >>> https://t.co/MMbVbUF6zJ

One case included by Smith was the senseless death of 15-year-old Latasha Harlins, by convenience store merchant Soon Ja Du, who shot the teen in the back of the head for erroneously believing Harlins was attempting to steal. Du was only given five years of probation, 400 hours of community service, and a $500 fine. On top of stoking black and Asian racial wedging, it would be one of the principle causes of the 1992 riots.

Smith makes it painfully aware that not much as truly been resolved. Completely lathered in sweat, in the end, the mental exercises around racism and its physical and psychological toll show a country running in place.