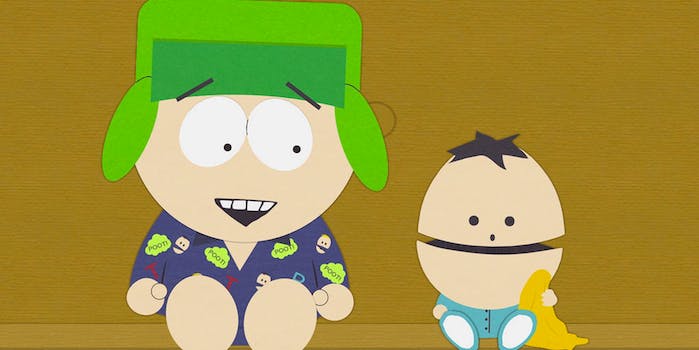 It starts off innocent enough. But it takes a delightfully twisted turn.

In season 20 of South Park, Kyle Broflovski’s pint-sized adopted brother Ike is actually being voiced by Trey Parker’s 3-year-old daughter Betty. Earlier this week, his wife, Boogie Parker, shared an Instagram video of the two working together to record a few lines. It starts off innocent enough, with Betty working on a line from last week’s episode (“What’s goin’ on dad?!”), but it takes a delightfully twisted turn at the end.

Even if you’re not a fan of the show, there’s something weirdly satisfying about watching a toddler get worked up into delivering such profane lines.