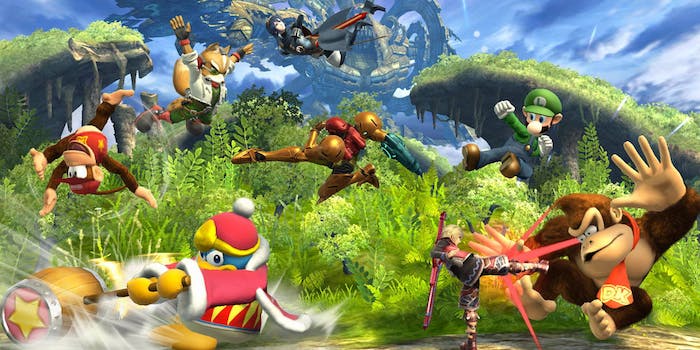 Remember last year’s Sony Pictures hack prior to the release of The Interview? Well, thanks to some sleuthing from WikiLeaks, we now know what Sony was up to behind the scenes.

It seems that Sony was aggressively pursuing the film rights to Super Smash Bros. and other Nintendo properties.

Two emails in particular from Sony Pictures co-chair Amy Pascal, who stepped down after the leak, discussed courting Nintendo to lock down Super Smash Bros. Emails between Pascal and producer Avi Arad note that he was “planning to meet with his Nintendo guy (who he has been courting for a couple of years) when he goes to Japan for Spidey next month.” In a separate email she went on to say that “I think it may help with super Mario/super smash bros. And assurances about a potential deal.”

In other emails between Pascal and Arad, trying to get Nintendo had been a “five year chase” to lock down the rights to the Mario, Zelda, and Donkey Kong characters. When Arad was leaving for a trip to Japan, he noted that “I am going to try and bring back a little plumber… I guess we can all use our pipes cleaned.” Smooth.

It also seems that Sony was pushing to grab rights to other franchises like BioShock and Metal Gear Solid.

Last October, an email leaked from Arad claiming that he was the “proud father of mario the animated film [sic].” The image below shows both Arad and Mario creator Shigeru Miyamoto embracing each other after the supposed meeting. Nintendo is notoriously protective of its intellectual property, quite likely because the company got burned when it licensed properties to different companies in the past. The terrible 1993 Super Mario Bros. movie and the unplayable Philips CD-i Legend of Zelda games come to mind. It does seem that Nintendo has loosened up a bit. This year, the company will start bringing its IP to mobile phones as a way of expanding into untapped markets.

With this much evidence pointing to a joint movie partnership between Sony Pictures and Nintendo, we wouldn’t be too surprised to see animated Nintendo movies pop up in theaters over the next few years.