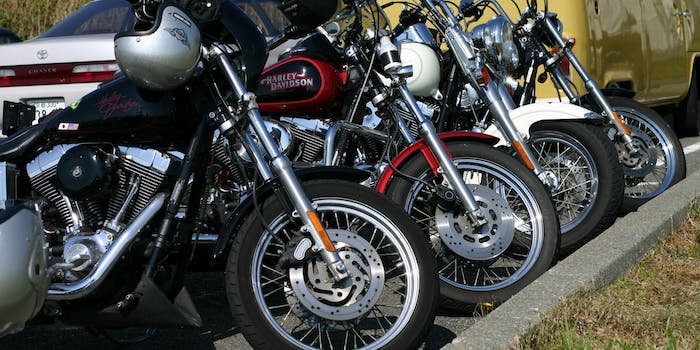 'I'm not an outlaw biker. I just wrote one on TV.'

Kurt Sutter, creator of FX’s Sons of Anarchy, took to Instagram Tuesday afternoon to address the deadly gang shootout that took place in Waco, Texas, on Sunday, killing nine people.  “I’m not an outlaw biker,” Sutter wrote in the caption. “I just wrote one on TV. #soa.”

I am not an outlaw biker. I just wrote one on TV. #soa

In his statement, Sutter criticized “law enforcement rhetoric” and “media spin” for being “hype and speculation.” Sons of Anarchy, which wrapped up its final season in December, has received some media attention in the wake of the Waco violence. Steve Cook, a former Kansas City police officer who worked undercover with some gangs, told the Washington Post,

“They watch their Sons of Anarchy and their little television shows. These guys all seem likable enough: that they are misunderstood, outlaws from the old days, and they ride motorcycles instead of horses …  And the reality of it is they are long-haired tattooed guys who ride motorcycles and sell a hell of a lot of methamphetamine and murder people and steal motorcycles and extort people and beat people up in bars for no reasons.”

Violence erupted in the parking lot of the Waco Twin Peaks restaurant. Nine people were killed, many more injured, and 170 were reportedly arrested. Five gangs are believed to have been involved, including rival gangs the Bandidos and the Cossacks. Police were already present when the violence broke out.

Kurt Sutter is currently working on a new 14th century series for FX, The Bastard Executioner.

“I’ve been getting a lot of texts and emails about the recent shooting in Texas,” Sutter wrote. “I have no opinion to offer. Because I have no facts. Just aftermath data. No one knows the truth but the members involved. Don’t believe the law enforcement rhetoric. Don’t believe the bulls**t media spin. It’s all hype and speculation. I just hope the clubs involved can find a solution that doesn’t lead to more dead brothers.”

Photo via Laineema/Flickr (CC BY 2.0)