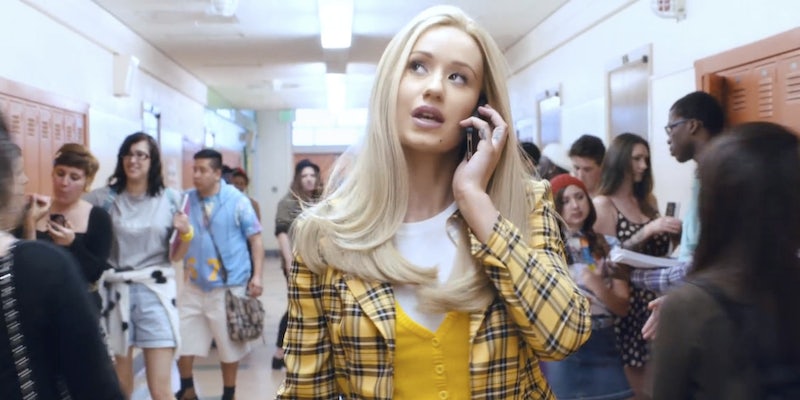 Only one of the 16 tracks can be crowned the Song of the Summer.

Spring has been a frigid extension of winter, but the upside is that suddenly a patio-based cookout is imminent. The relative comfort of summer brings the duty to think about what you’re listening to. Specifically, are you streaming a ditty that will compete for the coveted song of the summer crown?

You know the song of the summer when you hear it. It pops instantly with hooks and charisma that, even with inevitable ubiquity, you won’t entirely despise the thing by Labor Day. Sonically, it must mirror the season and offer lightness and breeze that can sustain grooves poolside.

Fundamentally, a song of the summer should grip its hooks into the culture at-large and speak to societal mirrors. That means that it requires a narrative. Carly Rae Jepsen’s “Call Me Maybe” was viral and signaled YouTube’s hit-making ascent. Drake’s “Best I Ever Had” toasted the indomitable power of hip-hop mixtapes. LMFAO’s “Party Rock Anthem” was about globalization, the end of regional music scenes, how the earth is now flat and one giant airport bar.

To project futures, I reached out to leading thinker and Billboard Indie Music reporter, Reggie Ugwu. We settled on a cresting wave of contenders and then arrived at a sweet 16. While Shakira, Coldplay, and Pitbull and Jennifer Lopez’s World Cup anthem were all considered, these are the real contenders.

Mapei, the Providence, R.I.-born songstress behind this aching, stunning ballad, could be the next Lorde, or at least a more interesting Leona Lewis. “Don’t Wait” has a slower tempo than your typical song of the summer, but its big, unsinkable hook is one of the best in the bunch.

Speaking of youthful, rogue would-be icons from down under, Azalea is a conversation piece (Australian, white, employs a dirty south rap voice, dates a Los Angeles Laker) with a brand new record, and “Fancy” is making chart dents in the U.S. and U.K. Bonus points for the Clueless parody video.

This is the mid-major conference champ (Gonzaga, Temple, etc.) ready to rub elbows with the Kentuckys and Dukes. Tune-Yards had the 2011 Pazz & Jop critics’ album of the year and has returned from Trader Joe’s with reusable shopping bags full of melodies.

This song is optimally marketed and entirely shameless about its end game. A nation of selfies posted alongside the caption “Let me take a selfie” is coming soon.

The Glee rockers have milked five singles from last year’s Is There Anybody Out There? But the Spotify viral heatseeker is “Everyone is Gay,” a frenetic jumping jack of message-laden positivity. It’s about acceptance, celebrating our differences, and so its pep rally momentum is kind of the point.

This is the musical equivalent of SEO clickbait. It hits all the right pop culture high notes (fun., Mumford & Sons) while having no actual substance.

7) Bleachers, “I Wanna Get Better”

Enormous hook. Recalls the band fun., which is fitting since frontman Jack Antonoff is that band’s guitarist. Self-empowerment. People can make YouTube videos. At its heart it’s about love. Features the lyric, “I didn’t know I was lonely ‘til I saw your face.”

This song, featuring rising voice Jess Glynne, dethroned Pharrell’s “Happy” for the No. 1 spot on the U.K. charts last month, a testament to its intrinsic potency. By the time it hits American shores, it should have enough momentum to make a mark.

Sam Smith turned out Saturday Night Live this season and has handfuls of adult-contemporary singles ready to roll. “Lalala” is the most danceable, insatiable.

Released in March, the Swedish indie pop star’s “Stay Hi” has found a foothold in the U.K., charting at No. 12. Spotify’s users adore the wistful, moody selection—streaming the Habits remix over 4,110,000 times. A Swedish hit infiltrating America on the heels of an increasingly addictive Swedish-born streaming service is definitely a Cinderella story.

DJ Mustard deserves his own conference. The guy is enjoying, as Ugwu noted in his winter Mustard feature, a serious moment of clarity, owning rap radio like Pharrell in 2003. The question is which Mustard-produced single is going to run the jewels? “Vato” is new, dope, features YG and Jeezy, and about hanging out with Mexicans. “Paranoid” and “Show Me” are inescapable essentials that have been banging all winter and have the form to keep rolling. He’s got a collaboration on Jason Derulo’s new record, “Kama Sutra,” that has the star power and goods to get major play. The safest bet is the upcoming Justin Bieber job, “Turn Up Single,” that should turn up clubs everywhere. But I’m going to take a flyer on Tinashe’s “2 On.” It’s wonderously catchy, features a brisk Schoolboy Q guest verse, and Tinashe has this Ciara-Mya-in-‘98 swagger but is more of an auteur captain as a solo artist.

Kind of an unfair overload of sluggers, especially considering that this single—like Sports Illustrated print previews—features regional cover stars. The south gets Tyga, but we’re riding with the French Montana snarl (and how he starts his verse by borrowing Jay Z’s lines from “I Just Wanna Luv U (Give It 2 Me)”) and its Nic Nac-produced knock.

The Scottish DJ had nine top 10 hits from 2012’s 18 Months. That’s more than Thriller. Forbes noted that he grossed roughly $46 million last year, making him the world’s highest paid turntablist. “Summer” will be huge, and its too-obvious name only strengthens its chances to dominate a season of simple pleasures.

Of the six singles released thus far from Honest, “Move That Dope” connects most briskly. It knocks hard enough to push backyard parties over the edge and features a legitimately head-turning verse from Pharrell, who performs a surprise resurrection of “Skateboard P.”

Here we are. From controversial and contrived star to an unmissable, accepted icon. The turning point for Lana Del Rey was last summer, when her people paired “Young and Beautiful” with Baz Luhrmann’s silver screen Great Gatsby experiment and year-old single “Summertime Sadness” went viral thanks to an unlikely EDM remix. Now Del Rey sets course for Cali and that post-HAIM, live band, soak-up-the-sun money. This song is an anthem-in-waiting from a new master of the form.

This is picking Kentucky to win it all the year it harbored Anthony Davis.