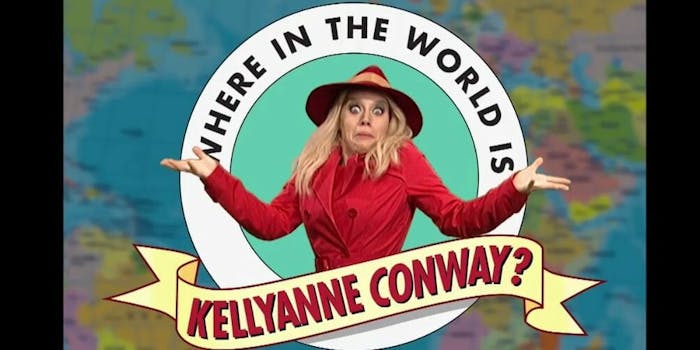 ‘SNL’ wonders where in the world Kellyanne Conway is

Gumshoes, your mission today is to find this Donald Trump adviser.

Out of all the senior Donald Trump advisers, it feels like it’s been ages since we’ve heard from Kellyanne Conway.

Apparently, the Saturday Night Live writers are wondering where she is, and in the guise of the early 1990s game show mainstay Where in the World is Carmen Sandiego?, the search for Conway was on.

Unfortunately for all the aspiring gumshoes, the search did not last long. And here’s the reason why.