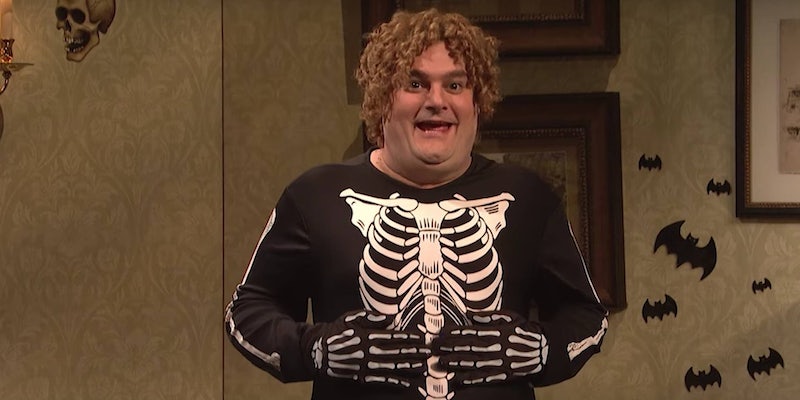 It's that spooky time of year again.

Saturday Night Live may have had Halloween weekend off but that doesn’t mean it’s not in the spooky spirit. The show uploaded a veritible highlight reel of Halloween-themed skits to YouTube on Friday featuring original characters like Drunk Uncle and Stefon as well as expert portrayals of Steve Harvey and Vincent Price. It’s a howlin’ good time.

Unfortunately (or good for you if you’re in the hater’s camp) David S. Pumpkins does not make an appearance. He was probably too busy moving and grooving on 100 Floors of Fright to sign off on being in the montage.