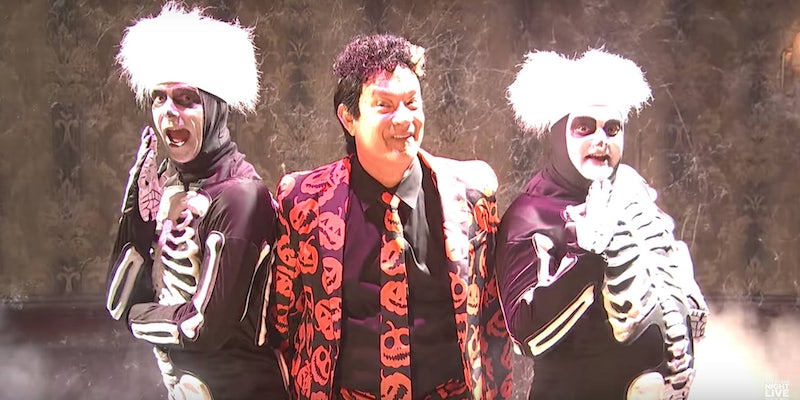 ‘SNL’ just aired the greatest skit of all time

Saturday Night Live has had a rough few years. From cast members getting in trouble for being racist, to odd hosting choices, SNL has been, well, comically boring.

Not so with season 42. America’s other dad, Tom Hanks hosted on Saturday night. After a few decent skits and a presidential cold open, America was hit with “Haunted Elevator,” which will go down as one of the funniest skits in SNL history (probably).

People immediately took to Twitter to show their love for #DavidPumpkins.

Everyone watching #SNL is tweeting #davidpumpkins. Guys, get it right. It's #davidSpumpkins. Any questions? pic.twitter.com/kR8UR0mbiw