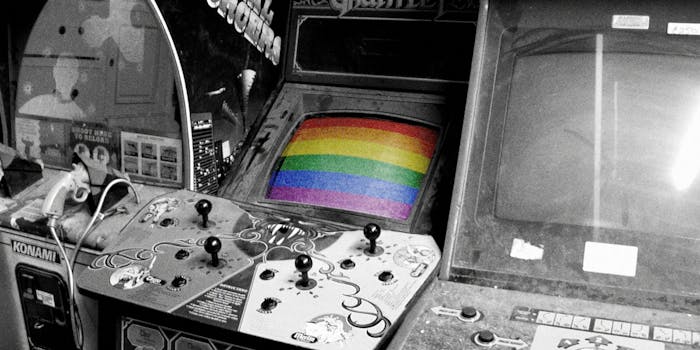 The red-hot lust of a corporate lackey for his geriatric billionaire boss cannot stay repressed for long.

It’s one thing to casually be out as gay to friends and family. But for tireless corporate lackey Waylon Smithers (of The Simpsons), it’s entirely another thing to come out to the greedy, decrepit old billionaire you love.

Long the butt of jokes on the never-ending cartoon series, the adoration that Smithers feels for the evil Mr. Burns is something that everyone but Burns has already noticed. In an interview with TV Line, executive producer Al Jean said that season 27 brings forth two—not one, but two— entire episodes devoted to the star-crossed love affair between the two characters.

“In Springfield now, most people know he’s gay, but obviously Burns doesn’t,” Jean notes. “We deal with that in two episodes. … We actually do a lot with Smithers this year; he gets fed up with Burns not appreciating him and considers his options.”

Could Smithers finally give up on Mr. Burns and look elsewhere for love? Will an ultimatum force Burns to look deep inside his heart and examine his own sexuality (which, we imagine, might center solely on love for himself)? Viewers who tune in for the big gay outing will hopefully soon have answers to all of their steamy soap opera-like questions.

We can’t say exactly what will happen in the Smithers episodes, but we do know that he’s been holding a torch for Burns for 26 years—since the longest-running sitcom in history started running in 1989. Smithers has been dreaming of a sweet caress from Burns’ gnarled, money-grubbing hands since before Taylor Swift was born.

To celebrate the impending outness of Smithers, watch these clips that show some of the best, most homosexual moments that reflect the endless love of submissive secretary Waylon Smithers for his sexy, cruel taskmaster Charles Montgomery Burns.

Photo via Phil Monger/Flickr (CC BY 2.0) | Remix by Max Fleishman