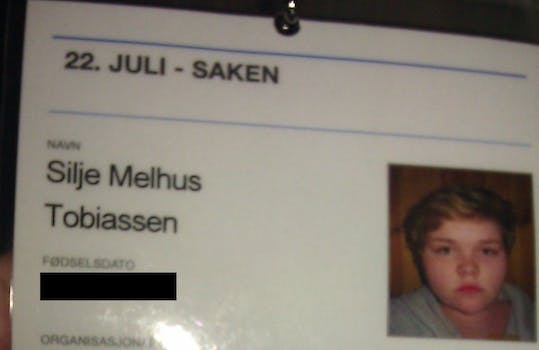 Reddit's r/IAmA is a powerful platform for illuminating the human experience, as Silje Melhus, a survivor of the Utoya massacre in Norway, proved with her heartbreaking and inspiring interview.

As Anders Behring Breivik stands trial for the worst peacetime massacre in Norwegian history, a survivor of the carnage at Utoya in 2011 turned to social news Reddit last Thursday.

Ask me anything (AMA), Silje Melhus told redditors. They obliged. Her AMA quickly became the most upvoted and discussed all week.

If you missed this, make sure you read it now. With all the frivolous interviews that pop up every week at r/IAmA, it’s easy to forget how extraordinary the platform can be for illuminating world events and the human experience in general. Melhus’ AMA was honest, inspiring, and terrifying.

There were other great AMAs this week: Reddit’s new CEO, Yishan Wong, held an epic session on Friday. We also heard from Stanley Cup-winner Steve Duchesne and Mystery Science Theater 3000 writer Bill Corbett. In short, it was a good week.

How has your life changed since the incident? Do you consider yourself a different person because of this experience?

Of course did it change me, I’ve become a stronger human being. It has also made me more confident and more prescient when it comes to believing in what you stand for. I am not a person who is easily knocked down.

How does the experience of RiffTrax compare to [MST3K? (cholmes)

They have both been great in their own way. Since we do a lot of writing from various locations (Mike and writers Conor and Sean in San Diego; Kevin and I in Minneapolis), at first RiffTrax seemed a little lonely by comparison to MST3K. But while I have nothing but great memories of MST3K, this probably suits where we are in our lives right now a bit better: more mobile, easier to produce.
And yeah, I miss the puppet / backstory part of MST3K, but I don’t know if trying to reproduce that would go so well. Hard to say.

How did you guys come up with the idea for Super Troopers? (edisekeed)

We were all in Jay’s car and got pulled over for speeding. Jay got the ticket since he was driving and we made fun of him for turning into such a wimp when the officer came to the window. Then we thought, these guys have so much power! What if they actually had a good sense of humor and like to play games on speeders when they got bored. That was basically when the seed was planted.

4) I make over $100k per month running Drop-Ship product websites (proof inside).. AMAA

What is your favorite story to share from your days as a pro? Whether it be on ice, off ice, traveling with the teams, or whatever. (that_one_guy_AK)

I have a story, maybe not my favorite but whatever. The year we won the cup in Detroit we were flying from Vancouver, after the game, to San Jose and the engine on our plane stalled. We had to a nose dive so the engine would start again. Never seen so many manly hockey players scream:).

6) I teach for a diploma mill, er, I mean online university. AMA.

Can you get financial aid at an diploma mill online university? Do the diplomas actually count for anything? (glitcher21)

Yes. I believe around 80% of our students receive “financial aid”. But that’s misleading. Stafford loans are considered financial aid. But they’re still loans. You have to pay them back.
The diplomas generally aren’t worth the paper they’re printed on. The only people I’ve seen benefit from them were teachers who wanted an easy, convenient MA to qualify for a pay raise. School districts tend not to be very discerning when it comes to additional degrees.

In a nutshell, by giving users more reasons to pay us money.
This might seem awful, like “oh no, he’s going to charge us for reddit services!” but what it really means is that I want to try and make sure reddit is doing things for you that you value so much that you want to pay money for them. I feel that reflects who we’re creating value for. If you do things that make advertisers money, it means you’d doing things that create value for advertisers.
While I’m not philosophically opposed to ads, and in fact I’m happy with people advertising on reddit, I feel that if our main source of revenue is advertisers, it means that we are mostly serving advertisers. If our main source of revenue is users, it means that we are mostly serving users.
As a user, it’s what I’d prefer. There are sites that I like that are good enough that I am willing to pay for them (reddit is one, actually), and there are sites that I use for free, and someone else is paying for that fact. I’d like reddit to be the former.