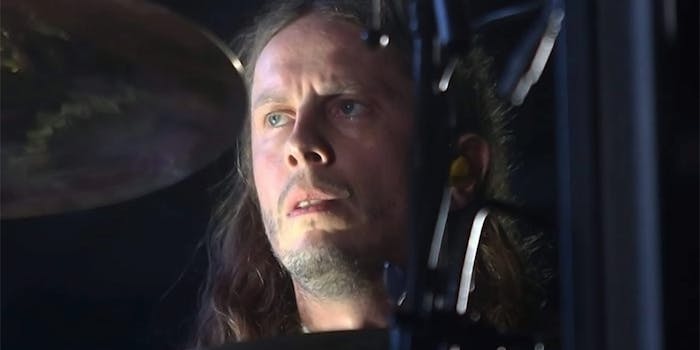 Orri Páll Dýrason, the drummer for Icelandic post-rock band Sigur Rós, has left the band after sexual assault allegations were made against him.

In a now-deleted Instagram post, artist Meagan Boyd said that Dýrason sexually assaulted her twice in 2013, when the band was in Los Angeles recording its album Kveikur. The two spent the night together and shared a kiss before she fell asleep, but Boyd says she “woke up with the feeling of being penetrated without my consent during a deep slumber.. it happened twice that night, and I wondered myself why I didn’t leave after the first time- but I was drunk, dead tired, in shock, and this was right before I ever heard of anything like Uber/lyft … but none of that should matter because no one deserves to be raped/touched/licked/fucked without CONSENT.”

She wrote: “I never reported it. I never expressed my pain publicly. I harbored this ache now for almost 6 years… for many reasons. I felt no one would believe me. I felt I had been irresponsible for trusting him just because he was in a band I loved and I respected him as an artist.”

Boyd also allegedly shared correspondence between her and Dýrason in which she confronted him about the events of that night and he denied assaulting her, but she claimed the posts were removed from Instagram. Boyd says she came forward with the allegations after watching Dr. Christine Blasey Ford’s testimony against Supreme Court nominee Brett Kavanaugh.

A statement posted to the band’s official Facebook page says the band has “accepted the resignation” so Dýrason can “deal with this privately.”

Dýrason also posted his own statement, and asked fans “to stay calm and not to be divided into two battling armies, these are not court proceedings, just Meagan’s words against mine, on the internet.”

Boyd said she was looking into speaking with a lawyer.