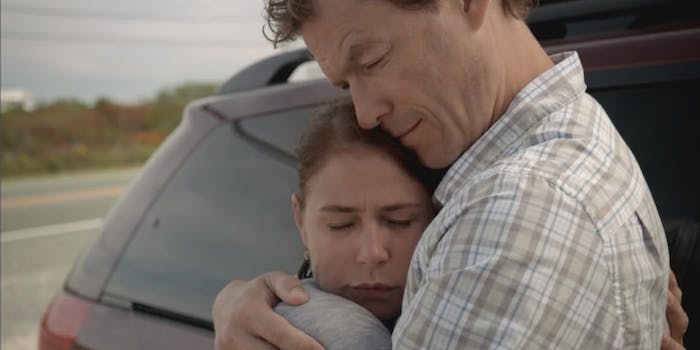 You can watch Showtime’s ‘The Affair’ on YouTube right now

The Affair brings some talented actors to the project: Dominic West, Maura Tierney, and Ruth Wilson.

Showtime’s latest drama, The Affair, is a slow burn, string-you-along sort of series the network has successfully been serving up for the past few years à la Homeland, The Tudors, and The Borgias.

The Affair, a multifocal POV saga, looks at the broad impact of an extramarital affair as seen through the eyes of its leads, creating a tension that may become habit-forming. In hopes of drawing some social buzz going into the Oct. 12 debut episode, Showtime is offering a free preview via YouTube as well as through its various streaming apps. The YouTube version is sanitized of unsavory language and nudity.

The Affair accomplishes its mission in no small way by bringing some talented actors to the project; it’s led by Dominic West, Maura Tierney and Ruth Wilson, the chilling, complex, cool-blooded killer from BBC’s award-winning Luther. West, married to the always spot-on Tierney, is a school teacher trying to savor the success of his first published book as he and his family venture off on a summer vacation to the lavish home of Tierney’s character’s overbearing father. John Doman, whom astute folks will recognize as Carmine Falcone in the new Fox series, Gotham, is superbly unctuous as the narcissistic, nouveau riche father-in-law.

At the heart of The Affair is the amour fou relationship between West and Wilson, the waitress at a diner West’s family stops at en route to the summer destination. It is that meeting which becomes the pilot’s central narrative and which introduces us to the various plot threads that will play out over the course of the subsequent nine scheduled episodes. West, one of the stars from HBO’s The Wire, exhibits that rare acting gift of being able to express emotion with a minimum of scene-chewing histrionics. His subtle mannerisms and penetrating gaze lend power to this pivotal performance.

Showtime, which has taken a backseat to HBO in the megahit department, is looking for a True Detective sort of drama in which the power of script and acting captures goes beyond standard pay TV melodrama. With Homeland as a lead-in and a focus on promotion, Showtime is hoping to give The Affair a strong launch pad.