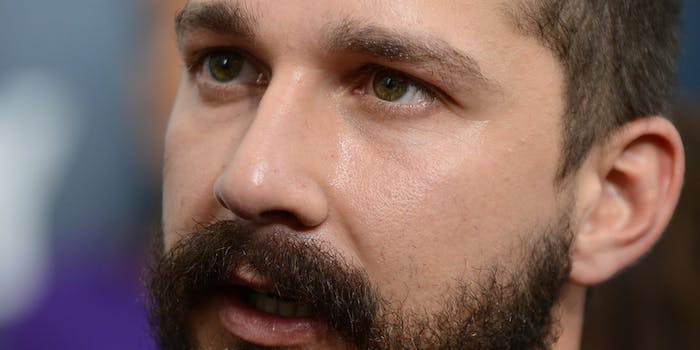 About that Shia LaBeouf freestyle rap

Maybe he's not so much a perfectionist.

A new Shia LaBeouf video is enrapturing the Internet, and this time he’s not screaming, he’s freestyle “rapping“:

It’s not clear when this was shot or where LaBeouf is, but he makes a Transformers reference during his middling freestyle to give it a personal angle. However,  his freestyle might not be that original.

On Sunday, emcee Pri the Honeydark called out LaBeouf in an Instagram post, saying the actor “straight stole bars from the song “Perfectionist”, written, recorded and performed by my ANOMOLIES crew members @invincibledet and @helixxwashere in 1999!”

Parts of that Shia Lebeouf rap are plagiarized from this track by the Anomolies https://t.co/D8KxrMvny3 (starting at 0:49)

The all-female Anomalies rap crew formed in the late ’90s and featured Pri, Helixx, and Detroit rapper Invincible, among others. Apparently the rip-off starts around the 0:40 mark.

Sure, much of rap music is borrowed and/or sourced from other people’s samples, but this wouldn’t be the first time LaBeouf’s been accused of ripping someone off.