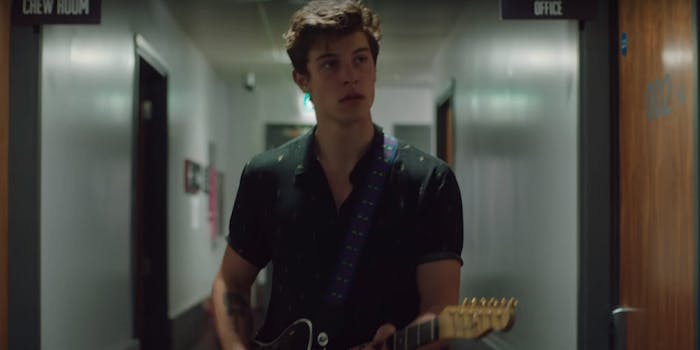 The teens are losing it over Shawn Mendes’ sweeping new song

So many hands over mouths.

Shawn Mendes released his new single “In My Blood” at midnight Thursday, after a week of theories from frenzied fans.

That anticipation turned to emotion early this morning as the Mendes Army churned over the single, which will appear on Mendes’ upcoming third album. Sensing some sort of heartbreak has occurred, the group hug began. The timeline has also been filling up with reaction videos. So many hands over mouths.

Mendes got his start on Vine, and became so popular he was given a deal with Island Records. In 2014 his debut EP hit No. 1 on iTunes in less than an hour, after a massive social push by fans. It looks like a similar push is happening with “In My Blood.” In one promo, Mendes teased March 22 and 23, so fans are still anticipating another release.