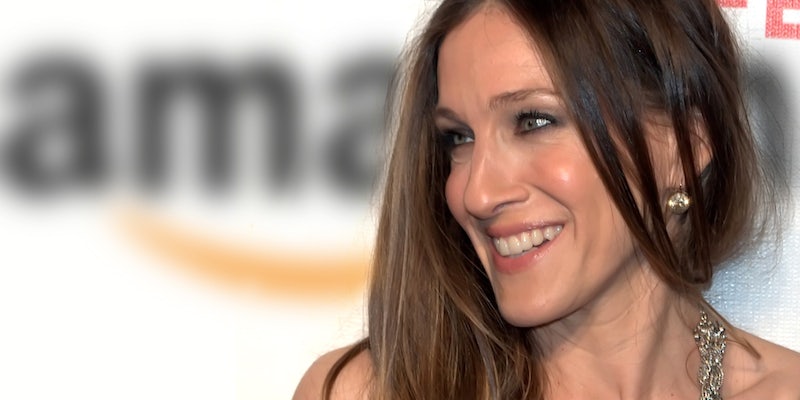 Just in case you're still unsure if you want to.

Sex and the City—which details the experiences of one Carrie Bradshaw as she immerses in love, life, and everything in between alongside her besties Charlotte, Miranda, and Samantha—is arguably one of HBO’s most successful shows to date. While it’s been more than a decade since the show ended, Amazon has reportedly added all six seasons of the series to its roster of premium channel content that’s streamable with a Prime membership. Amazon Prime subscribers may also watch the episodes offline by downloading the Amazon Video app on their televisions, phones, and other eligible devices.

If this piece of news excites you, or if you’ve forgotten what made SATC a pop-culture classic, here are a couple of reasons to plan your next binge-watch session immediately (preferably with someone who hasn’t seen a single episode).

1) You can figure out which of the SATC girls you are most like.

Do you believe in love at first sight? (Charlotte.) Are you open to absolutely anything sexually, no matter how risqué? (Samantha.) Is sarcasm your defense mechanism? (Miranda.) Do you feel like you’re in constant search of what you want in a relationship? (Carrie.)

Go beyond the usual personality quizzes and remind yourself of what makes each of the women you’ve grown fond of truly unique. After a while, you’ll definitely find yourself relating to one of them more than the others (I’m a total Carrie myself), and then you can settle on which of your friends is the rest of the cast.

2) You can have (onscreen) surrogate gal pals to commiserate with.

Since every episode of the show provides you a peek into the foursome’s dating styles and beliefs, and you can rest assured that you’ll have at least one character to relate to. If your own set of girlfriends is in need of a break from your incessant whining about your relationship woes, SATC is definitely an adequate alternative.

3) You can figure out which of the SATC boyfriends is your type.

The show has covered myriad dating scenarios, ranging from realistic to outrageous, so you are guaranteed to accumulate a few dating insights you can apply in real life. Of course, while you are cringing over Samantha swallowing a guy’s “funky spunk” or laughing at Miranda trying to avoid tuchus-lingus, you can also pick your fave beau.

Do you think Aidan is the best boyfriend a gal like Carrie could ever ask for, or do you agree that Big is her soul mate? You can even put Charlotte’s lovable Harry and maybe even Samantha’s hot Smith on the list. (Let’s go ahead and rule out Carrie’s Aleksandr Petrovsky aka The Russian because he’s the worst.)

4) You can get ideas on how to spruce up your wardrobe.

Since the show is set in the country’s fashion capital, you know you’ll find an outfit or two worn by the ladies that you wish you had in your closet. Wouldn’t it be great if you had a tutu you could wear to work and effectively pull off?

5) You can fall in love with writing (again).

A big part of every SATC episode is Carrie’s voiceovers. She’s a sex columnist who regularly ponders on love’s many facets, and you can follow along as she visibly types her thoughts onto her Mac.

If you’re a writer on hiatus, hearing Carrie’s questions may awaken your urge for words, and you can finally finish that novel you’ve been working on for years. If not, it will at least make you wish you had a journal or a blog handy, just in case.

6) You can take a virtual tour of New York.

All 94 episodes of SATC would not be as entertaining without Carrie, Charlotte, Miranda, or Samantha, but the show would surely not be the big hit it was (and still is) if not for its location: New York is the heart and soul of the series. If you’re unable to take the Sex and the City tour in person, you can at least live vicariously through the characters on the screen as they enjoy cupcakes from Magnolia Bakery, a movie at the Paris Theatre, or a stroll by Central Park. Be sure to take notes for your next trip to the Big Apple.