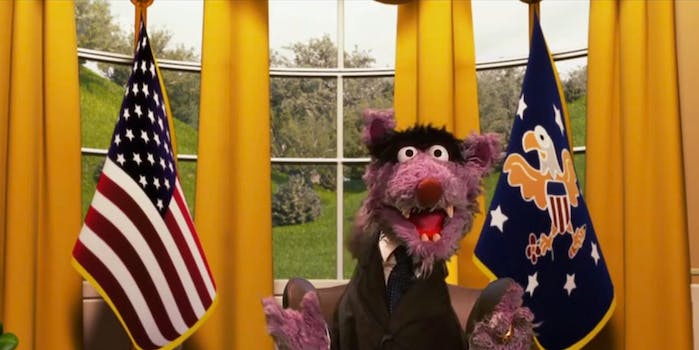 What is Frank Underwolf up to now?

House of Cards returns to the Netflix in just a few short days with a thrilling third season, but if you simply can’t wait to see what the Underwoods have up their sleeves this season, Sesame Street has you covered.

Presenting “House of Bricks,” the Sesame Street parody of House of Cards that puts a ridiculous spin on an already ridiculous show.

Sesame Street‘s sendup of the popular political drama finds the rather wily Frank Underwolf trying to rid Washington, D.C., of extra pork using plenty of hot air. This cunning critter will stop it nothing to make his way to the White-brick House, huffing, puffing, and blowing down everything in his path.

Remember: In the nation’s capital, not everything is as it seems. As Mr. Underwolf learns the hard way, “Sometimes you win and sometimes you lose.” Either way, you have to play the hand you’re dealt.