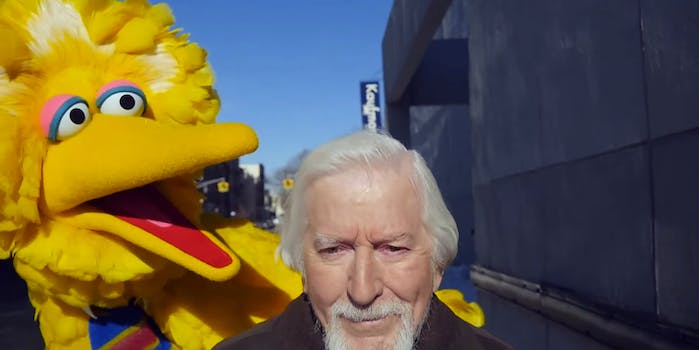 It's just as good as the movie itself.

In one fell swoop (and one continuous shot), Sesame Street managed to peck at the best and the worst of Birdman and pull off a nearly seamless parody. The spoof focused on the big bird of the street, so naturally it was called Big Birdman (or The Unexpected Virtue of Orange Pants).

We may not know much about Caroll Spinney, the man behind Big Bird, but we do know plenty about the bird himself. Even when he’s out of the costume, he hears that pleasant voice—and it haunts him.

He can’t escape it, but then, maybe he doesn’t even want to escape it. He’ll fly, but not if he lets logic and the alphabet get in the way.

Give this movie all of the Oscars.