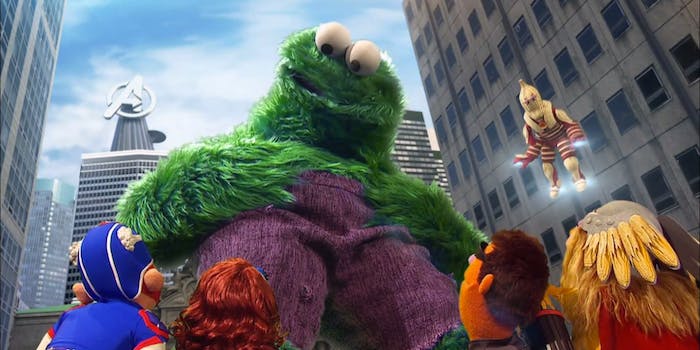 'That me secret. Me always hungry.'

Cookie Monster is hungry for justice, no matter the cost.

It was only a matter of time before Sesame Street tackled the Marvel Cinematic Universe, and with Avengers: Age of Ultron coming out in a few days, the timing is ripe. (So are the veggies, for that matter.) Cookie Monster and his vegetable-themed “Aveggies” must defeat a bad guy bent on turning every vegetable into dessert—which would sound oddly delicious if the villain weren’t trying to ruin vegetables everywhere.