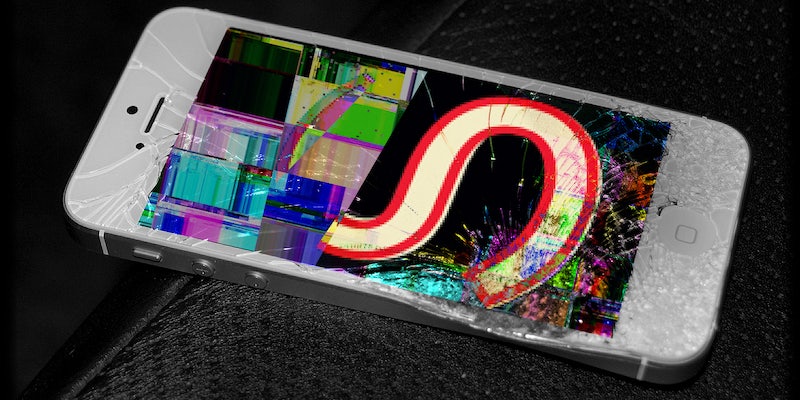 The fractured postmortem narratives of ‘Serial’

Will Jay Wilds' new interview answer questions, or only lead to more?

Serial, the hit podcast from This American Life producers Julie Snyder and Sarah Koenig, ended weeks ago, but thanks to the magic of the Internet, the narrative has managed to live on past the final episode.

Last week, the Intercept released a three-part interview with Jay Wilds, the most taciturn figure in Serial. The podcast, which centers on the mysterious murder of Hae Min Lee in 1999, and the subsequent conviction and life imprisonment of her former boyfriend, Adnan Syed, ended on an ambiguous note.

The less-than-satisfying finale was largely due to the absence of key evidence (no DNA evidence was used in Syed’s conviction), and cohesive narratives (multiple timelines contradict the state’s case against Syed) from Wilds, the lone eyewitness in the case.

The interview, which marks the first time Wilds has spoken at length to the press, was released in three parts over three days, and sparked new theories and questions. It offers details that weave a splintered and frustrating narrative at best. There are no startling revelations or conclusions, but that hasn’t stopped redditors and fans of the show from piecing together new hypotheses.

According to emails shared in the interview, even Serial producer Sarah Koenig is hoping for a resolution. In part two of the interview, the Intercept included the text of an email reaching out to Wilds and urging him to share his narrative. She states that even though the podcast has ended, they could always do an additional episode and offers Wilds a chance to share his story and become a more complete figure in the narrative.

Wilds maintains, however, that the podcast negatively impacted his life. Part three of the interview focuses on Wilds’ account of how Serial has affected him and his family. He stresses his wife’s concerns over their safety, and points a finger at Reddit users who shared his personal information on the Serial subreddit.

Strangely, Wilds seems to think that Koenig and the podcast are leaking his information to Reddit. He includes excerpts from yet another email from Koenig, who in no uncertain terms maintains that she has never—and would never—share his personal information.

Subject: Re: Your message

‘You say I am not answering specific questions, but I am. Here is my answer, again, as clear as I can make it: Neither I nor anyone I actually work with – the staff of Serial and of This American Life, has EVER given anything to Reddit. Period. Nor did we authorize or deputize someone else to do so. It would have been stupid and irresponsible for us to have given anything to Reddit. We’re not that dumb, for one thing. And anyway, I don’t believe in crowd-sourcing an investigation. This is not a loophole or a sneaky way to have plausible deniability. It’s a straightforward, complete and true answer. As for Rabia – I’ll say it again: I don’t know. She might have posted it, but I don’t know. I don’t know because she hasn’t told me, and I haven’t asked. Again – do you want me to ask Rabia about this?’ [Ed. note: Chaudry say she ‘never’ posted personal information about Jay on Reddit.]

You seem to be under the impression that I want to do you harm, or have a secret agenda or have purposely withheld information to make you look bad, or have knowingly reported things that aren’t true. None of that is correct – in fact, the opposite it true. I realize you might not be able to accept that right now – or perhaps, ever – but my intention has been the same from the beginning: To get the story right, and to treat everyone fairly. There are so, so many things I could have reported, but didn’t, because they seemed potentially damaging or unfair, and they weren’t directly related to the crime. Not just about you, but about other people involved in the case. In other words, I’m not out to get anyone, or to damage anyone’s reputation. I only reported information that we deemed relevant to understanding the case.

Rabia Chaudry, advocate for Adnan Syed’s innocence, explained her role in the release of personal information on her blog. She has not leaked any personal information, though she did provide Wilds’ last name to a Twitter user who asked. Koenig immediately asked her to remove the information and she did.

Chaudry also shared a screenshot confirming Koenig’s disdain for people who would share or seek out Wilds’ personal information.

The interview, when read as a whole, reveals an unusual dichotomy between the muddy injustices Wilds feels he’s endured, and the stark reality that he confessed accessory to murder and has experienced no jail time. Wilds is understandably passionate in expressing his concerns about the importance of personal privacy, but when he argues that he has been demonized and rejects the protestations of Koenig, who logically and patiently outlines her intentions, he in turn demonizes Koenig and the podcast.

This could all amount to little more than more press for Serial, but there are greater legal implications at hand. Syed’s case is currently moving through the appeals process and The Baltimore Sun has reported that he will get a chance at appeal this month. It’s not clear whether or how the contents of this interview might be used in court, but lawyer Susan Simpson, who has expertly deconstructed the various timelines in her smartly-written blog, offered her legal perspective.

“I was surprised (and a little impressed) that, in his latest iteration, [Jay] somehow managed to give a description of Hae’s murder that was inconsistent not only with every single call shown in the cell records, but also wholly inconsistent with the testimony of the only two witnesses who corroborated his story to any degree,” she told the Daily Dot. “Even more surprising/concerning is that the interview was arranged with the assistance of Jay’s own attorney—and that it was the same attorney that the prosecutor had obtained for Jay to represent him for his plea agreement back in 1999. Maybe Jay insisted on doing this interview over her strenuous objections, but Natasha Vargas-Cooper made it sound [like] the attorney was completely on board with the idea—and that’s just crazy to me. There is no sort of sound legal strategy that could ever involve letting your client admit to committing perjury in front of a national audience.”

With a narrative this splintered, it’s hard to imagine any tidy resolutions. The story has taken on a life of its own and fractured into theories, dialogues, and commentary.

But with an appeal on the horizon, a growing and engaged audience, and the possibility of new conversations with formerly elusive figures, it’s hard to imagine Koenig and her team won’t produce at least one more episode to follow up on the case.

Photo via Michael Gil/Flickr (CC BY 2.0) | Remix by Jason Reed