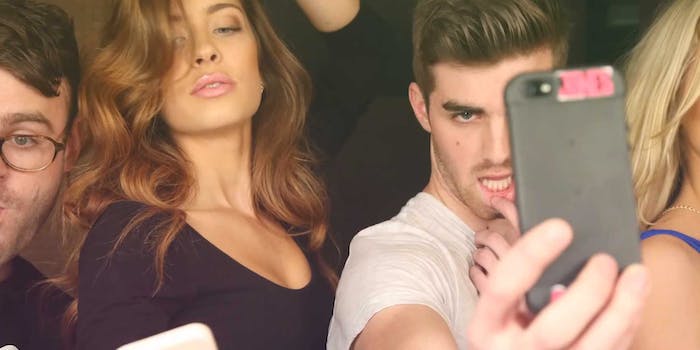 A century from now, the ‘#SELFIE’ music video will explain the way we lived

Comparing the Internet Age to, say, the medieval era, we’re tempted to believe that ours is the more advanced culture. But when you compress the 21st century into an obnoxious four-minute techno club video with a “Gangam Style”-like beat, you may feel that sense of superiority fade.

The YouTube incarnation of “#SELFIE,” a track by New York producers The Chainsmokers, has racked up more than half a million hits in its first two weeks of existence, no doubt because it savagely mocks the narcissism of Instagram-addicted millennials even while compiling notable selfies from Snoop Dogg, David Hasselhoff, and Kim Kardashian—as well as some non-celebrities.

Are your photos suffering from a lack of likes? Which filter will make it look like you have a tan? How many hashtags should you use? Do you know anyone else at this stupid party? Why didn’t that guy text you back? Who is creeping on your profile? And can we take another selfie? These, more than any others, are the questions for our time.