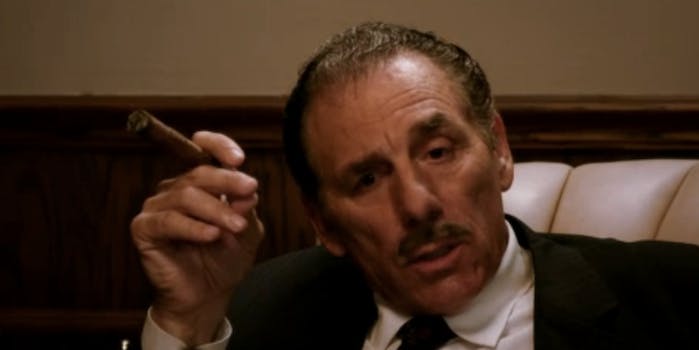 There's no puffy shirt or soup Nazi, but you'll probably enjoy it anyway.

Those dreaded words come directly from the mouth of Dick Corcoran, head of Crackle, who summons one his digital video stars, Jerry Seinfeld, to the company’s worldwide headquarters in L.A. His mission: To take down Crackle’s evil competitors, Snap and Pop. This fictional scene is a mano-a-mano exchange between Seinfeld and his hipster doofus buddy Michael Richards/Kramer, who takes on the role of Corcoran. It’s also part of an elaborate trailer for the fifth season of Comedians in Cars Getting Coffee, which debuts on Nov. 6.

The clip starts with Seinfeld being whisked off the streets of New York and sent on his way to Hollywood at the speed of Internet light. Richards/Kramer/Corcoran is a cigar-chomping, greasy-mustached studio boss whose dialog is a mix of his iconic TV character and a stereotypical entertainment exec.

Corcoran: Well, we’re not! (In deference to Jake Jarmel, we must include an exclamation point.)

There’s another subtle link between the short teaser and the ‘90s sitcom: Jerry’s love of cereal. “Snap, Crackle, Pop” is the slogan for Rice Krispies.

The real homage, if there is one, is to one of SCTV’s best characters, station manager Guy Caballero. There’s an uncanny similarity between Joe Flaherty’s TV boss from that Canadian series and Michael Richards’ own take on the archetype in this trailer.