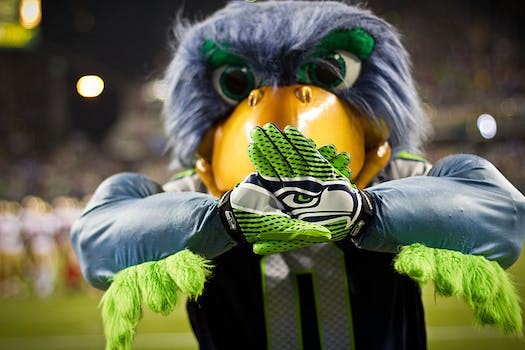 Way to stick with your team, dude.

For all of its grand, all-consuming importance, the Super Bowl really is a transitory spectacle. After the game is over and the legions of arm-chair quarterbacks have picked apart every call, after the sweat-soaked shark costumes are hosed out and a fleet of despondent Microsoft execs have pointed their private jets back toward the Pacific Northwest, what will be left to stand the test of time?

Sure, Tom Brady gets another ring to toss in his junk drawer, but he’ll likely forget it ever existed pretty soon. There’s only one thing about the Super Bowl that’s truly forever: this Seahawks fan’s tattoo.

It looks like one Seattle booster made a prediction about the Super Bowl’s final score that didn’t quite pan out.

After the game, he naturally experienced some regret.

Keeping the tattoo was the right decision. Not just as a reminder about counting one’s chickens before they’re hatched, but also as proof that the real value in anything, especially professional sports, is the journey rather than the destination. What lasts in life isn’t wins or losses, but the memory of the excitement of a perfectly executed long bomb or a brilliant interception. We watch the Super Bowl for the drive down the field, not the touchdown dance in the end zone.