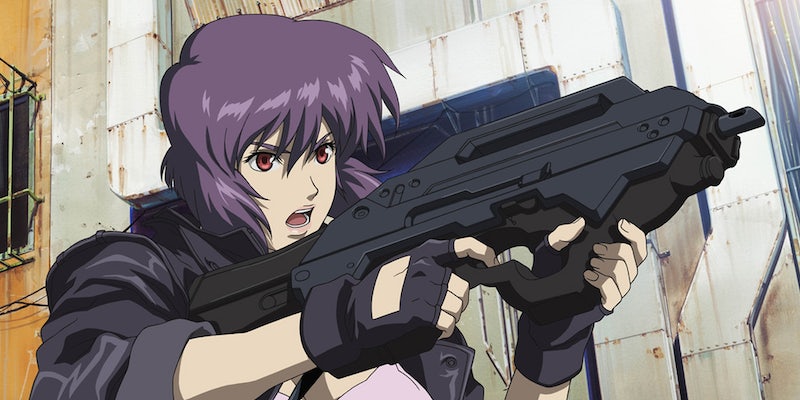 Is it racist to cast a white woman to play a Japanese woman?

Rumors of a live-action Ghost in the Shell movie have been swirling for years, but when they were confirmed this week, all anyone could talk about was the fact that director Rupert Sanders (Snow White and the Huntsman) had cast Scarlett Johansson in the lead role.

Ghost in the Shell was originally a Japanese manga, but it is best known for its 1995 anime movie adaptation, which spawned a sequel, various video games, and an animated series. It’s a cyberpunk story about a cyborg cop named Motoko Kusanagi, whom Johansson will be playing in the upcoming film.

It’s no surprise that Johansson, who has been praised in the Marvel movies as Black Widow and in 2014’s Lucy, is getting more science-fiction and action roles. In any other situation, casting her as a cyborg cop would be uncontroversial. But there’s one issue that is already annoying fans of Ghost in the Shell: Scarlett Johansson is white, while Motoko Kusanagi is Japanese.

ScarJo is playing Matoko in Ghost in the Shell?! Oh FFS Hollywood you're not even pretending not to be racist anymore are you?

By casting a white American actress, this film is whitewashing a character who is clearly meant to be Asian in a story that takes place in Japan and is populated by Japanese characters. This not only disrespects the original source but perpetuates Hollywood’s racist habit of ignoring people of color in order to promote white movie stars.

Wait wHAT. They're doing Ghost in a Shell with Scarlett Johansson? Srsly? Im so fucking tired of hollywood whitewashing everything.

@DW_Studios what are you thinking with the whitewashing of Ghost in the Shell? The people you want to watch are going to ignore it.

Whitewashing has returned to prominence in recent months as the Internet has leveled scorn at Exodus: Gods and Kings and Pan for turning non-white characters white through casting decisions. Whitewashing is particularly noticeable when you set your movie in Egypt.

In the case of Ghost in the Shell, a white woman is playing a character who inspired a successful worldwide franchise in her original form as a Japanese woman. That heritage is being erased in favor of Scarlett Johansson’s star power, which isn’t the best way to win over Ghost in the Shell‘s existing audience.

The most likely explanation for this casting choice is that Motoko Kusanagi’s body is a cybernetic construct, meaning that Scarlett Johansson will be the face of a mass-produced robot model. This explanation may placate some fans, but if more white actors are cast in lead roles, this backlash is likely to continue.