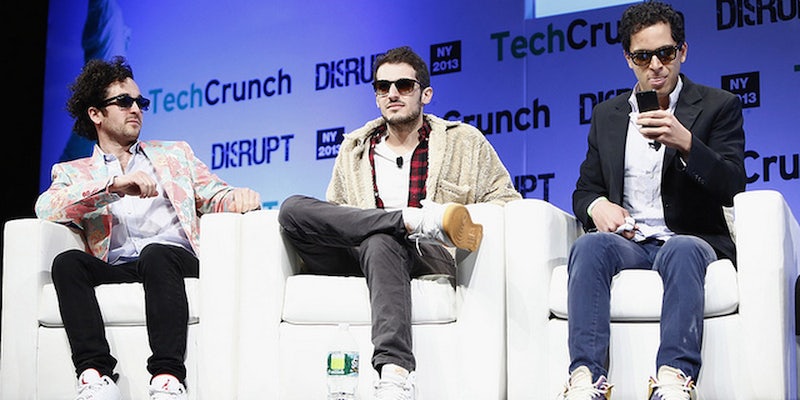 Sasha Frere-Jones, the New Yorker’s music critic of more than a decade, has apparently heard the siren call of the startup. He’s left the publication to work for lyric annotation website Genius, formerly Rap Genius.

Genius hasn’t had the best track record. Last May, the site’s cofounder Mahbod Moghadam annotated UCSB shooter Elliot Rodger’s 140-page manifesto, and was called out for crossing the line from interpretative to misogynistic. He resigned shortly after. The site has also been accused of gaming Google for song lyric search rankings.

But the site is trying to rebrand. It changed its name last summer, and has expanded its focus from song lyrics to other cultural texts. It also received $40 million in funding last year, according to the New York Times, and $56.8 million since launching in 2009. Frere-Jones’s title will be executive editor, and his area of expertise will be music lyrics. He’ll also be bringing on a team of three to four people to help grow the music portion of the site.

This move, while a tad perplexing, is certainly promising. Genius’s annotations are often a mess and, as Nitasha Tiku pointed out at the Verge, they could certainly use a cleanup effort.

Frere-Jones isn’t the first print journalist to make a lateral move into the startup zone. As the Times explains, “Genius’s expansion marks the latest merger of the tech and media worlds, and helps to fulfill a prediction made by one of the company’s funders, Marc Andreessen of the venture capital firm Andreessen Horowitz, that the definition of journalism might broaden to include jobs outside of traditional writing and editing.”

They’ve also brought on writer Christopher Glazek to help with annotations. Hopefully, Genius can “broaden” music journalism by not hiring all white men. Then, maybe it can actually be called the “future of the Internet.”