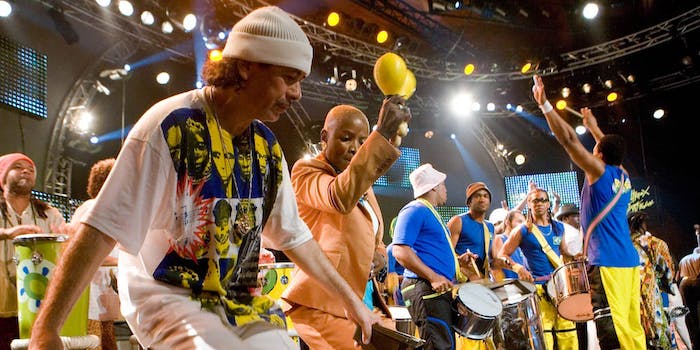 Why the song is back and smoother than ever.

And so is the song’s suave comeback.

According to data from Pandora given to the Daily Dot, people have been rocking out to Carlos Santana‘s 1999 jam, “Smooth,” featuring Matchbox Twenty’s Rob Thomas, a lot lately. In the past 90 days, more than 136,000 listeners have added his station. On May 5, aka Cinco de Mayo, he had a 265 percent month-over-month spike in station adds. The track has more than 54.4 million spins, racking up more than 2.5 million in the last 90 days.

It can be argued that the song’s resurgence is due to a new stream of “Smooth”-obsessed content that’s flooding social media. A telling sign of the world’s admiration comes from Twitter users praising the Grammy-winning hit:

The variety station at work plays Smooth by Santana ft. Rob Thomas at least once a day and it's guaranteed joy every time it comes on

"We occasionally play "Smooth" by Santana feat. Rob Thomas of Matchbox Twenty." – how I would market a radio station. 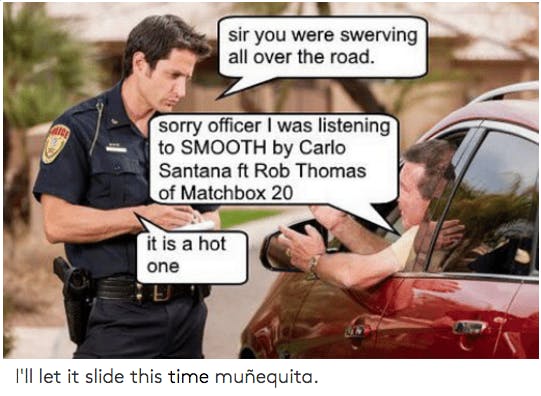 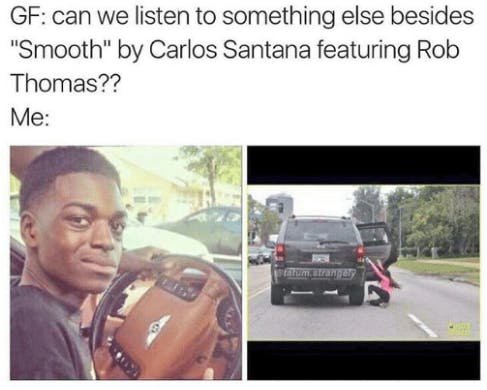 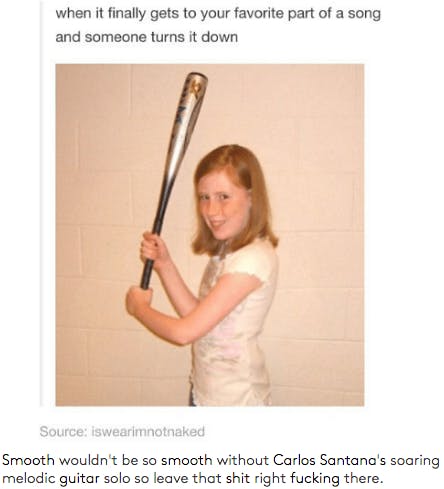 The Facebook group “Man It’s a Hot One,” aka “SMOOTH—Santana feat. Rob Thomas of Matchbox 20,” is also home to a plethora of memes, as well as crucial “Smooth” news, updates, and jokes provided by devout super-fans: 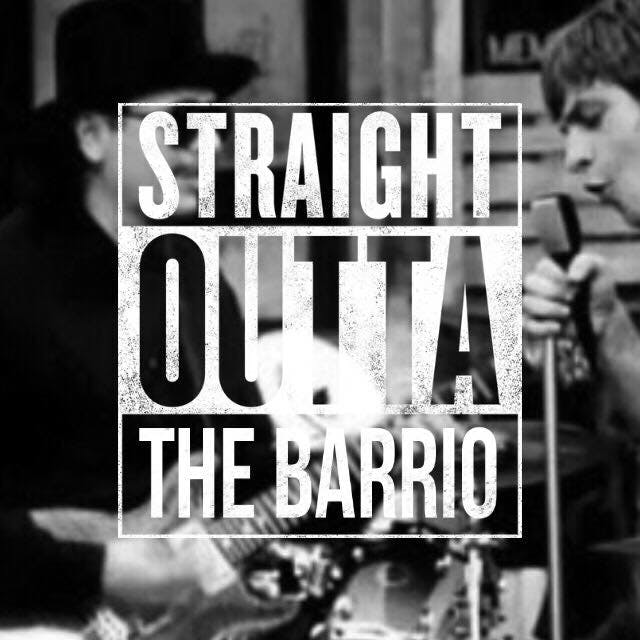 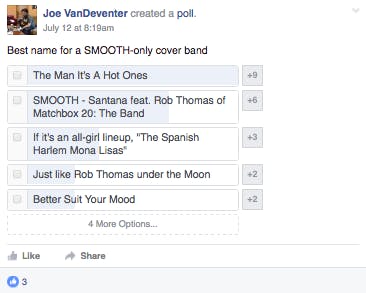 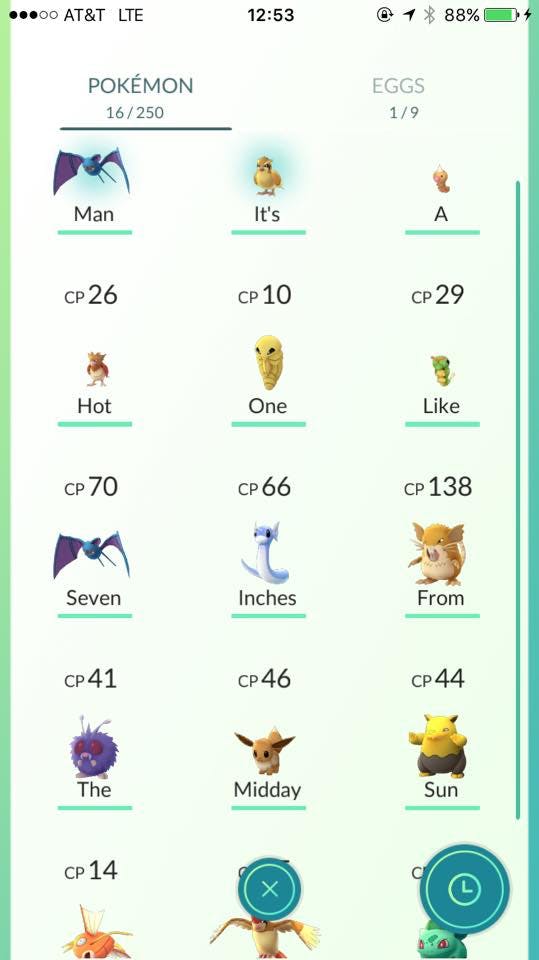 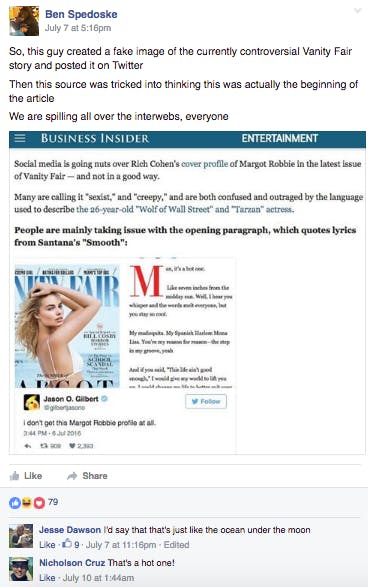 Robbie’s Vanity Fair interview was heavily vilified due to its obtuse verbiage, resulting in many farcical swaps of the original lede. The meme version that caused a memorable uproar online however was Fusion’s Jason O. Gilbert’s, as it featured “Smooth” lyrics, fooling even Business Insider: 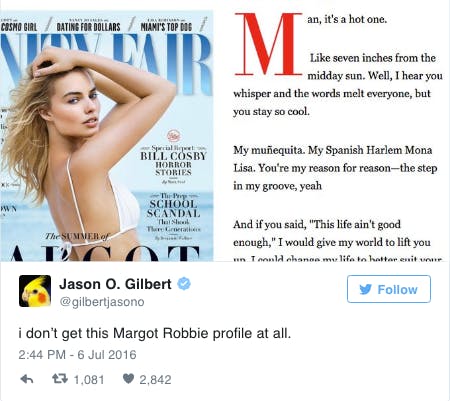 There’s even a T-shirt you can snag in honor of this summer’s breakout song: 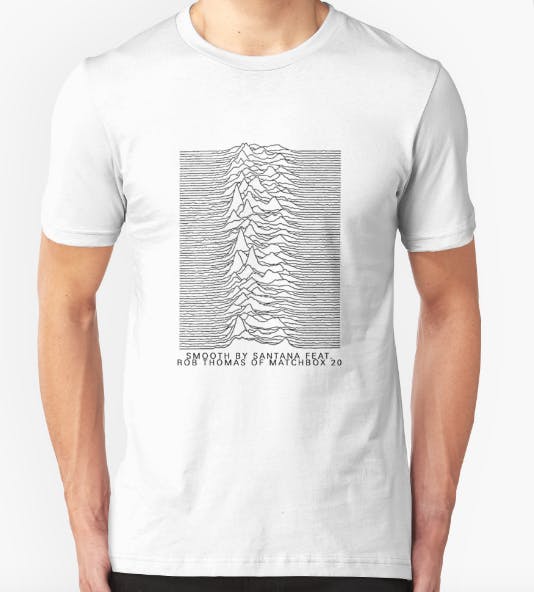 When or how “Smooth” came back so stealthily into our lives is uncertain. All we know is that we don’t know and we don’t care, because this song… man, it’s a hot one.