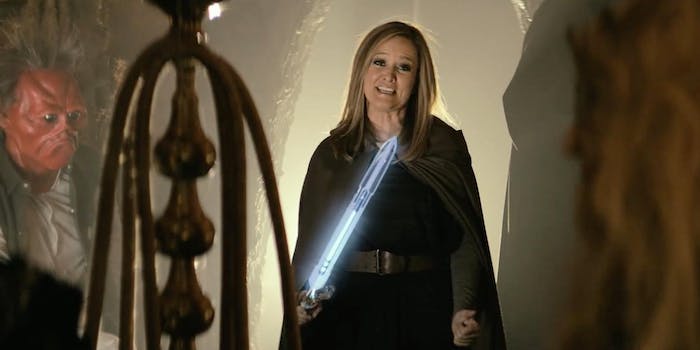 'I just want to do a comedy show. I don't want to be a destroyer of worlds.'

Former Daily Show correspondent Samantha Bee has a new late-night show coming to TBS, and the latest trailer just so happens to take place a long time ago in a galaxy far, far away.

Previous trailers for the series have been more political in nature, so it’s good to see that Bee also plans on busting out of her Daily Show shell and getting goofy, much like TBS’s other late night host Conan O’Brien.

The exact series premiere date still hasn’t been announced, but it’s set for sometime in January 2016.

In her own words: “May the fair use be with you.”