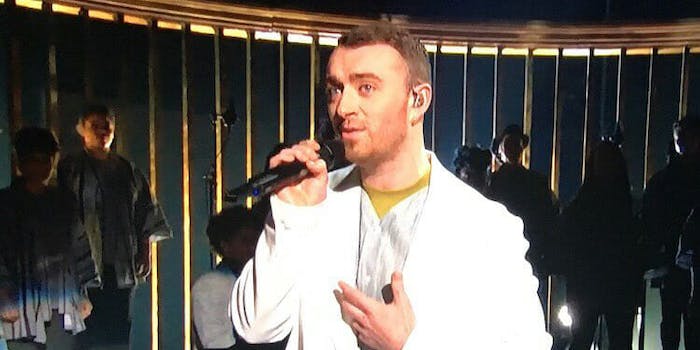 Sam Smith may not have been eligible for a Grammy nomination this year with The Thrill of It All—it debuted in November, which is after the Sept. 30 cut-off date—but he’s still the talk of the awards show Sunday night.

Smith just recently went public about his relationship with actor Brandon Flynn from 13 Reasons Why and it looks like everyone was hoping to catch a glimpse of the couple on the red carpet before the ceremony.

Unfortunately for fans, there was no Flynn in sight. Maybe he’ll make an appearance during or after the ceremony. We’ll keep you posted.