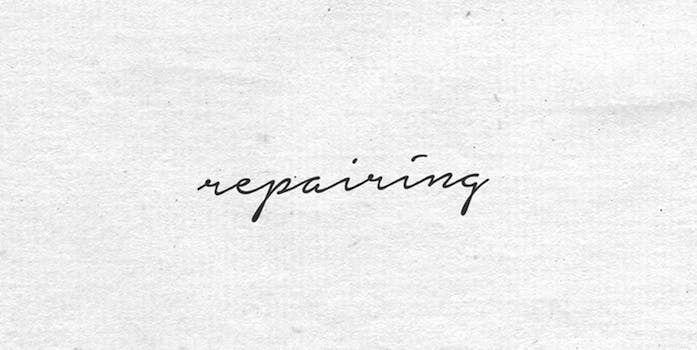 After a long silence on his social media accounts, Sam Smith has returned with a cryptic message fans are hoping means new music is on the way.

Smith updated the profile photos of all his social media accounts with a simple image: the word “repairing,” written in a flowing hand.

The word lines up with Smith’s announcement that was taking a break from social media after the 2016 Oscars. He also told Ellen DeGeneres in an interview last November that in order to write another album, he needed time to actually have the experiences first. “My music is so personal and I need to live my life,” he said. “I basically need to kiss some more boys so I can write some songs.”

Smith also had surgery on his vocal cords in May 2015 after he suffered a hemorrhage. He played a total of 80 shows around the world in 2015, missing 17 because of the recovery time required.

Smith spoke of taking a full year off in the Ellen interview, but if this is a teaser for something new, it’s only been 10 months. Either he’s kissed enough boys, or he wants fans to know he isn’t quite mended yet.