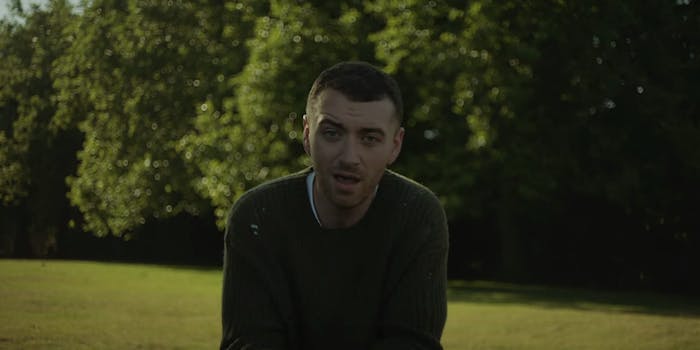 He feels 'just as much a woman as I am man.'

English singer-songwriter Sam Smith opened up his gender identity with Sunday Times this weekend, saying he doesn’t consider himself a cisgender man.

The 25-year-old star also discussed his love of drag and his teenage period when he didn’t own a single item of traditionally male clothing.

“I would wear full makeup every day at school—eyelashes, leggings with Dr. Martens and huge fur coats, for two and a half years,” Smith told the publication. “I got teased a lot for it. But there were also people respecting me for walking around like that in my school.”

Smith publically came out as gay in 2014 when he revealed that his debut studio album, In the Lonely Hour, was inspired by an unrequited romance they desired with a man. In an interview with the Fader at the time, Smith described how he felt drawn to unrequited love—“attracted to that in a bad way”—and how he got closure by telling the man in question how he felt.

“I told him about it recently, and obviously it was never going to go the way I wanted it to go, because he doesn’t love me,” Smith said. “But it was good as a form of closure, to get it off my chest and tell him. I feel better for it.”

While Smith didn’t explicitly come out as gender nonbinary in the Times interview, his gender and sexuality seem to be subjects he’ll continue to open up about and explore in his work. His new album, The Thrill of It All, will be released on Nov. 3.