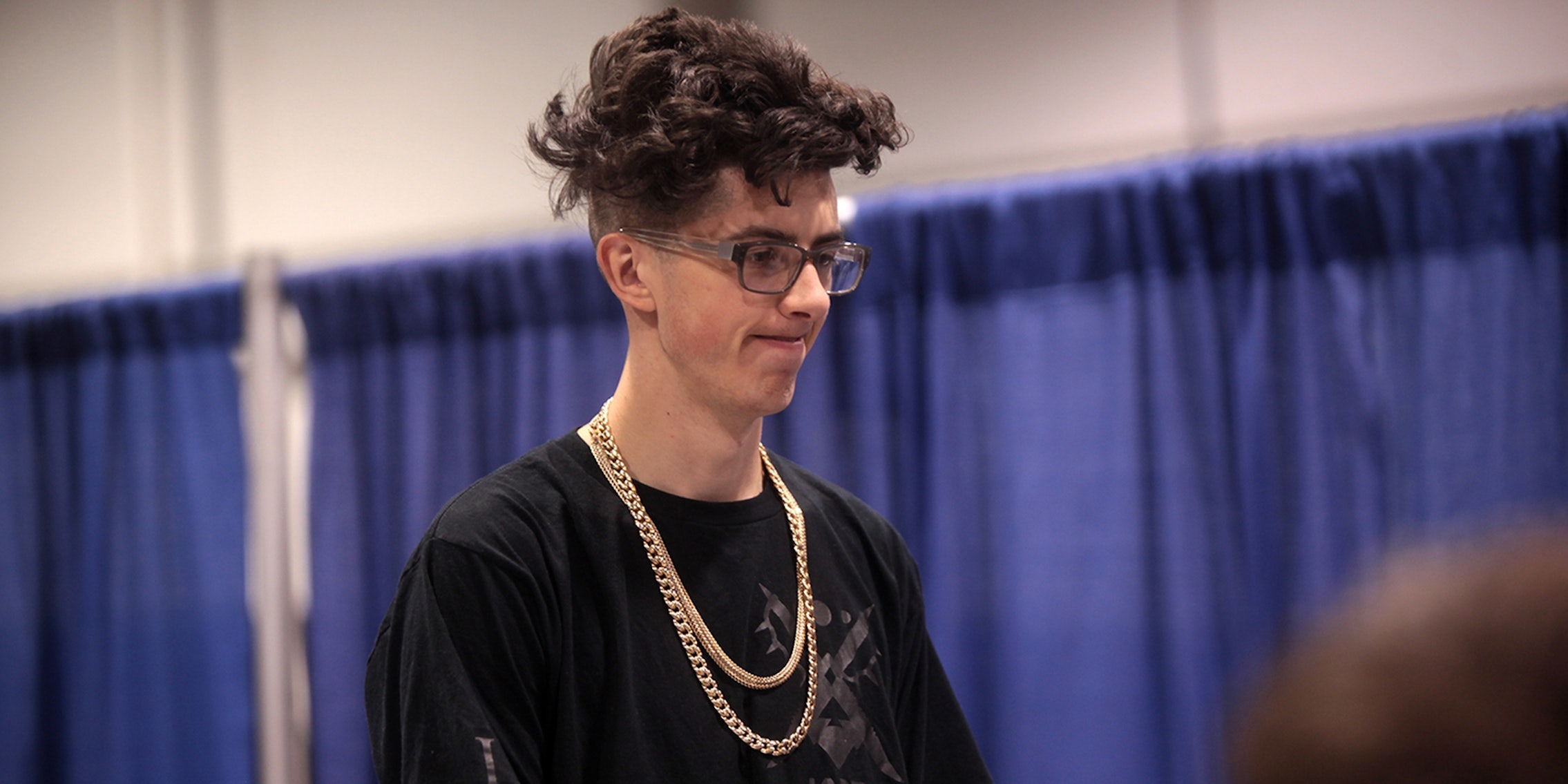 Fans and colleagues alike have spoken out against the video.

Prank videos on YouTube often blur the line between appropriate and inappropriate, but a new video by Sam Pepper definitely crossed that line, according to prominent YouTubers who rallied for it to be removed over the weekend.

Pepper released a prank video Friday that showed him approaching unsuspecting women on the streets. His hand appears to be tucked into his sweatshirt pocket, but it’s really free for him to touch the women’s behinds and then explain it wasn’t really him since they could see where both his hands supposedly were situated.

The YouTube community reacted swiftly, calling Pepper out for touching women without their consent in the name of a prank video. Laci Green, a vlogger who deals with sexuality on her channel, penned an open letter to Pepper on her Tumblr urging him to remove the offending video, writing:

Please stop violating women and making them uncomfortable on the street for views. Please stop physically restraining them and pressuring them to be sexual when they are uncomfortable. Please show some respect for women’s right to their own bodies. While it may seem like harmless fun, a simple prank, or a “social experiment”, these videos encourage millions of young men and women to see this violation as a normal way to interact with women. 1 in 6 young women (real life ones, just like the ones in your video) are sexually assaulted, and sadly, videos like these will only further increase those numbers.

The letter is cosigned by several prominent YouTubes including Tyler Oakley, Grace Helbig, Hannah Hart, John and Hank Green, and several others. The post has 76,000 notes on Tumblr and counting, with reblogs from users like Hank Green chiming with the expectation that Pepper will remove the video.

“I hope (expect even) that Sam will be taking the video down soon, because every moment it’s up is another moment where he’s normalizing assault and societal dominance of women,” he wrote. He also shared another post that pointed out women who’ve taken to Pepper’s YouTube comments to respond to users who claim it’s “just a joke.” Several YouTubers have taken to their social media channels to join in the call for Pepper to remove the video, and fans are using the hashtag #ReportSamPepper to rally others to report his YouTube page for abuse.

Saddened by @sampepper‘s new video. Sexually harassing women is vile to begin with, but normalizing it by calling it a prank? So harmful.

Sexual assault isn’t funny. @SamPepper is funny. He can do better. Let’s take a step in the right direction: https://t.co/8BbqEzmgnk

No one has the right to touch someone if they don’t want to be touched. No one. @sampepper proudly says that it’s okay to grab women’s asses

So far, Pepper has not removed the video, which has racked up over 1.3 million views since Friday, nor has he addressed the uproar on his social media accounts. Collective Digital Studio, the multichannel network that represents Pepper, did not respond to a request for comment over the weekend.

Update 11:45am CT, Sept 22: YouTube has removed the video as “a violation of YouTube’s policy on nudity or sexual content.” Pepper has still not addressed the controversy, but two prominent YouTube conventions—Playlist Live and VidCon—issued statements on Twitter about protecting attendees from harassment.

Update 2:30pm CT, Sept. 23: Pepper now claims that his video (and the subsequent one released and also removed from YouTube, which depicted a woman pinching males’ bums) were part of a “social experiment”; see our full story on this update here.