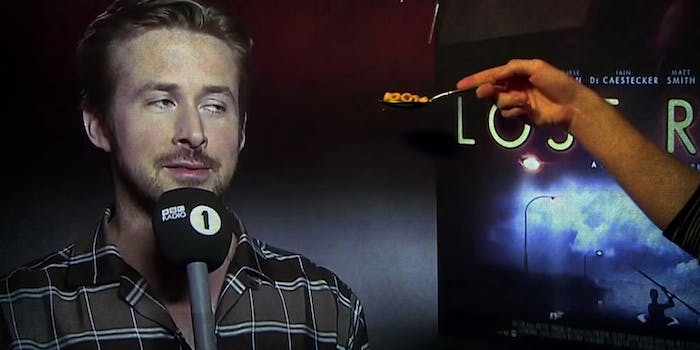 Ryan McHenry, the 27-year-old man behind the brilliant Vine series “Ryan Gosling Won’t Eat His Cereal,” has passed away after a two-year battle with cancer.

McHenry, who was based in Scotland, starting creating the mashups—which consist of clips of Gosling resisting a slowly moving spoon filled with cereal—in 2013, the same year he was diagnosed with osteosarcoma. His meme quickly became popular on Vine, but he also used the platform to speak honestly and openly about his battle with fans. And his friends in the Vine community rallied around him.

The tributes from those inspired by him have come pouring in since the sad news broke.

RIP Ryan McHenry. This young man's creativity in the face of death was inspiringly beautiful and brave. My heart goes out to his family.

Ryan McHenry was one of the reasons I got on Vine in the first place. His hilarious vines and optimistic attitude inspired me. RIP, Ryan

R.I.P. @RyanWMcHenry. You're the reason I even knew what @vine was. Ur fight w/ cancer was an inspiration. Your positivity & spirt lives on.

Gosling also recently broke his silence on the matter and even admitted that he loves cereal.

On April 21, McHenry released his last Vine compilation. Take in the magic: