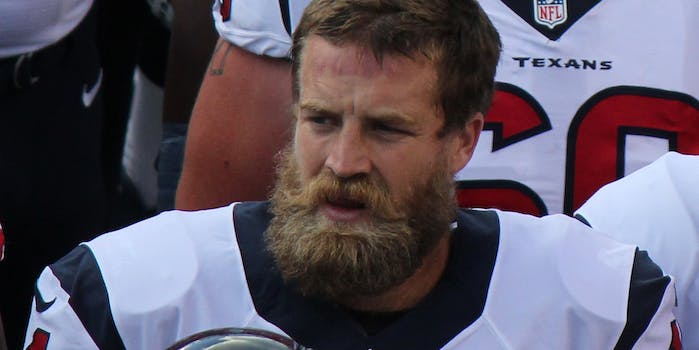 Football quarterback loves to show off his son’s math skills

Houston Texans quarterback Ryan Fitzpatrick threw for six touchdowns to beat the Tennessee Titans 45-21 on Sunday, but his son might have been the real star of the day.

During Fitzpatrick’s post-game press conference, he introduced his sons Brady and Tate and their friend Dylan to the journalists in the crowd, and like any proud father, he wanted to show off Brady’s math skills. With Brady at the ready, Fitzpatrick asked a reporter to pick any two numbers in the 90s for Brady to multiply.

There may be a method to the madness, but Brady’s accuracy is still rather impressive. It’s way too early to see whether he’ll follow his father’s footsteps onto the football field, but he may at least follow his dad, a Harvard graduate, academically.