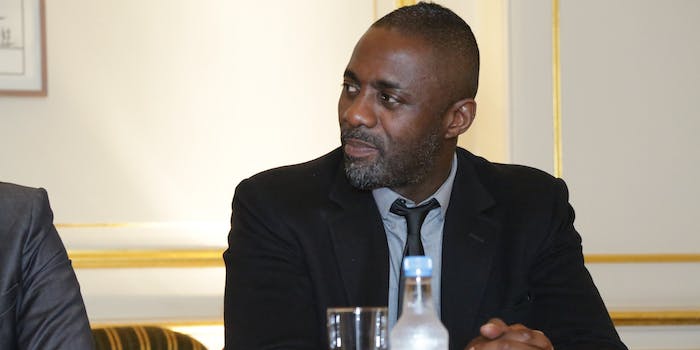 The first thing I do when I see a casting rumor is check in with Rush Limbaugh. The conservative radio icon has his finger on the pulse of modern American cinema; as far as I’m concerned, it’s him and Ebert, and unfortunately, Ebert has left us. That’s why I was so excited to discover that my buddy Rush had a #hottake on the news that Sony is considering Idris Elba to be the next James Bond.

Speaking on the Dec. 23 edition of The Rush Limbaugh Show, the king of conservative commentary addressed the revelation from the leaked Sony emails that the studio wanted to make history with the first black Bond.

As you might expect, Limbaugh was less than pleased.

“James Bond is a total concept put together by Ian Fleming,” Limbaugh said. “He was white and Scottish. Period. That is who James Bond is, was.”

To his credit, Limbaugh recognized that he was a racist asshole.

Referring to Elba, a black non-Scot, Limbaugh grumbled, “That’s not who James Bond is, and I know it’s racist to probably point this out.”

No matter how much backlash his vile remarks receive, Premiere Radio Networks loves the attention and ratings that Limbaugh brings in. He’ll keep fighting his fight. In the meantime, let’s hope Idris Elba can fight a few of Bond’s fights. It would really mean a lot to dear old Rush.