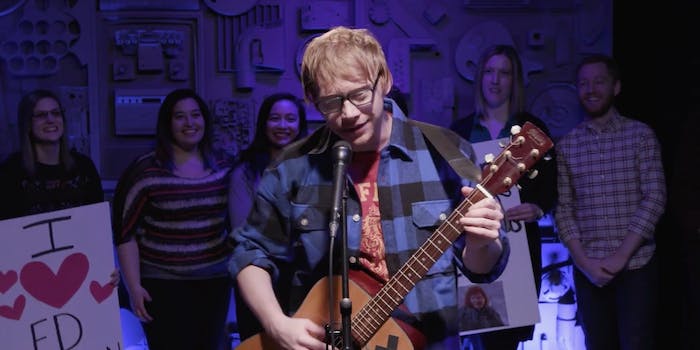 Rupert Grint can do a spot-on Ed Sheeran impression

Rupert Grint has remarked on how he’s often mistaken for his celebrity doppelganger, musician (and fellow ginger) Ed Sheeran—not dissimilar to what his Harry Potter co-star Daniel Radcliffe has experienced with Elijah Wood. But in Grint’s case, it could be even more nefarious than mistaken identity.

At first, MTV promises a performance with Sheeran, but it’s actually Grint on hand and finally ready to reveal the truth: There was never an Ed Sheeran. Grint made him up and became a successful musician to branch off from Potter, except now the success from both ends has driven him to the breaking point.