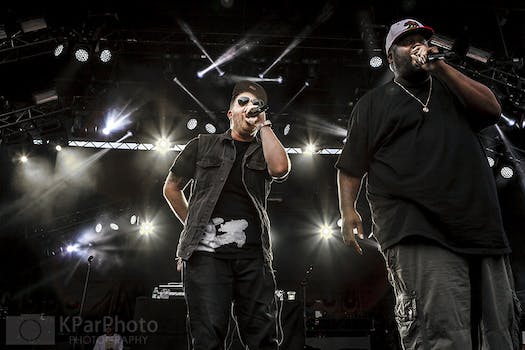 Hip-hoppers Run the Jewels attacked on stage during SXSW

Chaos breaks out at the Spotify party.

Hip-hop duo Run the Jewels was attacked Monday during a Spotify-sanctioned live event at the South by Southwest conference in Austin, Texas. An unidentified man approached rapper El-P mid-song and attempted to swing at him. Rapper Killer Mike stepped in to protect his bandmate almost instantly.

Immediately after, Killer Mike yelled at the would-be assailant through his microphone and started a “fuck boy” chant that the crowd was happy to engage in.

The man was quickly rushed offstage with security. He was also taking indiscriminate swings at who appear to be the group’s security guards. No word yet on his motives, though El-P was quick to laugh it off on Twitter and credit his security’s swift action.