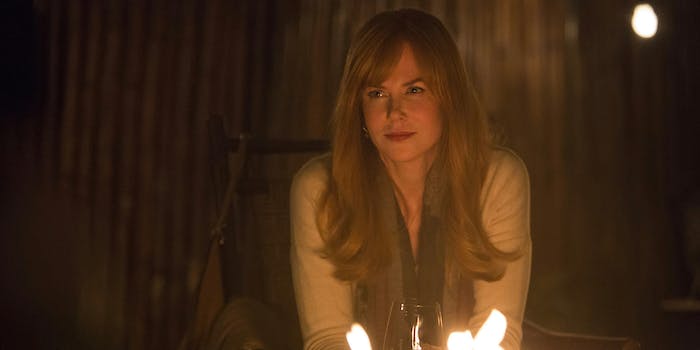 More stories about the former head of Amazon Studios are coming out after his resignation.

Former Amazon Studio head Roy Price resigned earlier this week after producer Isa Hackett alleged that Price sexually harassed her in 2015, but that apparently wasn’t his only incident at Amazon. Today, the crude reason he passed on what became a breakout hit for a rival network was revealed, along with other harassment allegations.

A new report from the Hollywood Reporter detailed other incidents involving crass comments from Price. He started to ask about the “sexual history and drug use” of three women he had drinks with following a table read of Good Girls Revolt, and he also had a role in turning down Big Little Lies, the Nicole Kidman and Reese Witherspoon-produced series based on Liane Moriarty’s best-selling book.

Before it landed at HBO, Price had the chance to give the series, which was being pursued by other networks, an offer on behalf of Amazon. He only wanted to give Big Little Lies a developmental deal, whereas other networks were ready to send it straight to series. But what seemed to be Price’s big issue with it came out later at a holiday party.

Price reportedly asked staff if Kidman and Witherspoon would “show their tits” in the show, and if they didn’t, he didn’t see why he would greenlight Big Little Lies.

The show was eventually made by HBO and turned into a big hit among viewers and critics. Big Little Lies practically swept at the 2017 Emmys, with awards for Outstanding Limited Series, writing and directing, and acting awards for Kidman and co-stars Alexander Skarsgärd and Laura Dern.

Price also had a role in canceling Good Girls Revolt, a series about gender discrimination and workplace harassment, despite the critical praise it received.