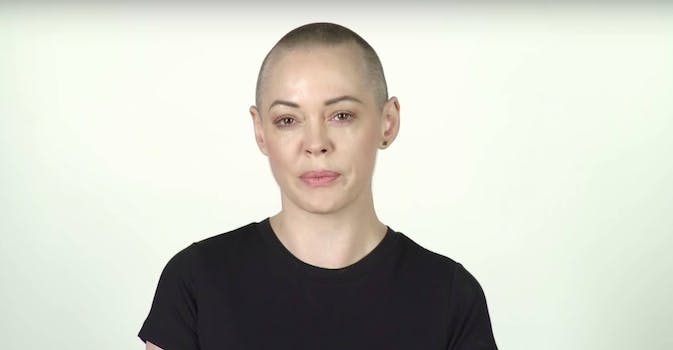 Last week, the hashtag #WhyWomenDontReport started circulating, listing off the many reasons why women often stay silent about sexual assault. Rose McGowan offered up a list as well, alleging she was sexually assaulted by a studio head.

a (female) criminal attorney said because I'd done a sex scene in a film I would never win against the studio head. #WhyWomenDontReport

because it's been an open secret in Hollywood/Media & they shamed me while adulating my rapist. #WhyWomenDontReport

McGowan has mentioned in the past that she’d been sexually assaulted, and called out those in Hollywood who cover up abuse. She’s also called out sexist standards in this election and the entertainment industry, like the casting notes for Adam Sandler’s The Do Over, and tweeted about the repercussions of speaking out in Hollywood.

Continuing that trend, she tweeted an open letter to Hollywood on Tuesday:

McGowan emphasized this point in a 2015 BuzzFeed interview as well, saying, “There’s a lot of destroyers, and there’s the collusion.”