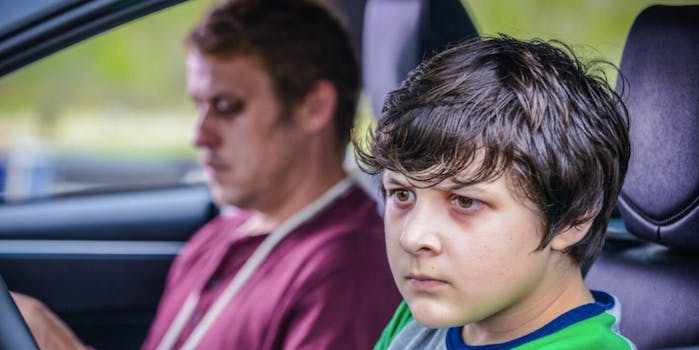 Plus: A bonus podcast with director Josh Flanagan.

The new drama series from Rooster Teeth makes it hard to sleep.

In Day 5, sleep is not, as Nas once said, the cousin of death. It is death. In this alternate reality, a man named Jake (Jesse Boyd) stumbles out of his house and into the Texas sun, high on meth, only to find he’s survived a mysterious mass event that causes anyone who falls asleep to die. He finds allies in a young boy named Sam (Walker Satterwhite), a doctor named Ally (Stephanie Drapeau), and a pilot named Ellis (Davi Jay). Together, they try to stay awake as exhaustion and hallucinations creep in.

Written and directed by Josh Flanagan, Day 5 might draw comparisons to The Walking Dead—minus any walking dead—but Flanagan draws comparisons to Nightmare on Elm Street as well. (Listen to our On the Dot podcast interview with Flanagan below.)

During a panel at the ATX Television Festival last weekend, Rooster Teeth co-founder Burnie Burns pointed out that Day 5‘s backdrop is just an “empty world,” and that’s easier (and cheaper) than making a world where zombies are roaming.

During the panel, Rooster Teeth co-founder Matt Hullum said they’re working to create a “next-generation TV platform” with their shows, and they’ve been lucky enough to keep a fanbase engaged over the last 14 years through community-building.

Burns started working in the dot-com era, and when he debuted Rooster Teeth in 2002, he says he felt a little late to the game, in terms of how video content was being viewed.

“But we were in the warm-up stages,” he says as we sit in an office of Rooster Teeth’s Austin, Texas, studio after the panel. “Not even in the first inning.”

“We’ve always done well with serialized, longform narratives,” adds Hullum. “You look at Red vs. Blue, it’s been running for 14 years now, and it’s basically one storyline that’s continued the entire time. And we had a lot of advice and opinions from people in our middle years saying, you really can’t make serialized content online, people only want to watch short-form stuff and they don’t want to think about it.”

“And we never felt that way,” Hullum says. “What you see now with binge-watching with Netflix and other platforms like theirs and like ours is that serialized content is more important now than it ever has been.”

During the panel’s Q&A session, a woman pointed out that all the participants were white men—something that’s not unique to Rooster Teeth. While the company has many female employees and shows with female fanbases (RWBY), it would be refreshing to see more original series created or directed by women.

Hullum says their fans often urge them to take bigger risks. “You’ve got to rise above the noise and have a consistent signal,” he explains. Over the past decade, Rooster Teeth listened to fans and has been rewarded, most notably with the success of the 2014 crowdfunding campaign for Lazer Team, which raised more than $2 million and became the most successful original film fundraiser in Indiegogo history. Last month, they launched a Cards Against Humanity-esque game on Kickstarter that was funded in two minutes.

“I think Rooster Teeth as an entity… when audiences can choose anything, they tend to gravitate toward things they understand, and that’s the same way they make choices in the theater,” says Burns. “Rooster Teeth is in a really unique position where we can put out original ideas and people will trust us as a brand.”

And that’s what they’re hoping with Day 5, a project they’d been wanting to attempt for a while: a weekly “prestige drama” on a web budget.

“If you’re in an environment where you can watch anything, you can’t watch everything,” Burns says. “So what you watch becomes more important.”

Here’s an exclusive clip from the first episode of Day 5, which debuts June 19 on Rooster Teeth, as well as its YouTube and Facebook pages. Subsequent episodes will be available only on Rooster Teeth.