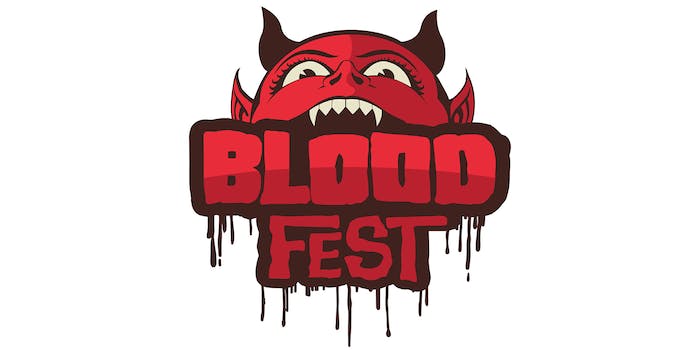 Rooster Teeth gets into the horror business with ‘Blood Fest’

Rooster Teeth‘s getting into the horror business.

The Austin-based entertainment company announced today production will soon begin on its latest movie, Blood Fest, written and directed by Owen Egerton and starring Spider-Man: Homecoming‘s Jacob Batalon, Tate Donovan (The Man in the High Castle), RWBY‘s Barbara Dunkelman, and more. The synopsis: “Fans flock to a festival celebrating the most iconic horror movies, only to discover that the charismatic showman behind the event has a diabolical agenda. As attendees start dying off, three teenagers with more horror-film wits than real-world knowledge must band together and battle through every madman, monstrosity, and terrifying scenario if they have any hope of surviving.”

Blood Fest follows up Rooster Teeth’s sci-fi comedy Lazer Team (and the upcoming Lazer Team 2) as the company tries to build out its original films. So why horror?

“I adore horror movies,” Egerton told the Daily Dot. “I love how they make me jump, make me scream, make me laugh. The story in Blood Fest delves into what we love about horror movies and asks why we intentionally allow ourselves to be terrified. Maybe it’s because movies offer us a safe place to play with our fears? A chance to examine our fear of death in the arena that is completely safe? I’m not sure, I just know I love sitting in a dark theater ready to be creeped out, throw my popcorn in the air, and squeal.”

But, since this is Rooster Teeth, there will be some comic relief.

“Comedy and horror actually have a lot in common,” Egerton said. “They are both born from insecurity and absurdity, and both work to dismantle what we think we know about the world. They are the only two genres of film that call for an audible response from the audience. In a comedy it’s laughter, and a horror it’s screaming. It’s one of the reasons we enjoy watching horror movies and comedy movies with groups of people. It’s a blast discovering that the very same thing makes us all laugh. Or makes us all shout.

For now, Egerton said he’s enjoying the process. “It is such a thrill to be building this movie with Rooster Teeth and incorporate so much about what we love about horror and comedy,” he said. “We’re building monsters, designing scares, and cracking each other up every day.”