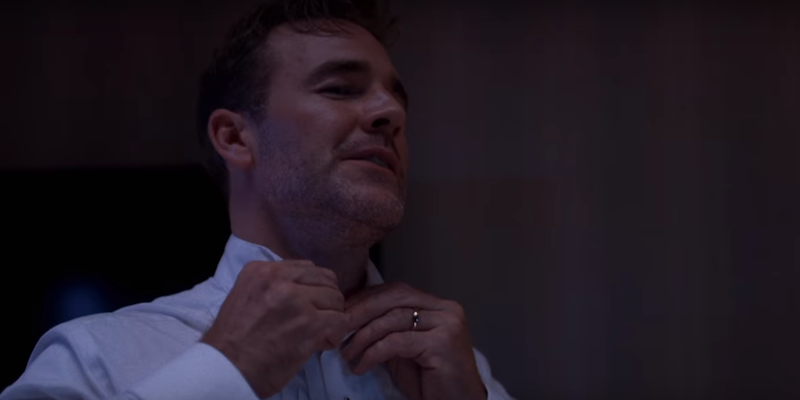 You won’t be able to stop thinking about ‘Room 104’

HBO and the Duplass brothers invite you to play in 'Room 104,' a genre-defying new anthology series.

HBO and the Duplass brothers (Jay and Mark) created a near masterpiece with their no-frills family drama Togetherness. The show ran for two painfully short seasons, but in that time the Duplasses (along with co-creator and co-star Steve Zissis) produced their most mature work to date. Now the brothers are back with their new HBO show and getting back to their filmmaking roots. Room 104 is an anthology series, but not in the same way that True Detective in an anthology series. Each episode is its own self-contained story and the only thing linking the stories is their setting in a nondescript motel room. Within the roughly 25-minute episodes anything and everything can happen, so long as it happens in the confines of the room.

With their early films the Duplasses built their reputation on telling personal stories with quirk. The Puffy Chair, Baghead, Cyrus, and Jeff, Who Lives at Home all show off this balance. The brothers’ also showed a willingness to take chances.

Room 104 is an experiment that pays off more often than not. Between the writing, directing, or acting, there is at least one standout moment or element in each episode. That’s more than enough to make the show worth watching. The show features a carousel of writers and directors—it almost feels like we’re watching a collection of student films, with the Duplasses acting as professors. I mean that as a compliment. Some of the episodes are genre riffs, others are deeply personal. Some are predictable, others are not.

Take, for example, the episode “The Internet.” It’s about a man (Karan Soni) who left his computer at home and needs his mom to email over his manuscript. Of course the mom (Poorna Jagannathan) is computer illiterate, it’s set in 1997. He tries to talk her through using the computer and I’m sure you can guess what happens to the manuscript. But what you can’t guess is the surprisingly emotional payoff to the episode. This episode is a microcosm of the series and how it frustrated me, surprised me, and made me keep watching. The phone call between mother and son gets old after five minutes. After another 15 minutes I was ready to shut it off and go to the next one. By the end I wasn’t ready for it to be over.

That thrill of not knowing what’s around the corner is a lot like going to a film festival. You go in with little knowledge of what you’re going to see and hope for the best. That the show is able to capture that spirit and excitement is not a surprise. Jay and Mark are veterans of the film festival circuit, so they know how to draw interest and spot talent.

Actress Melonie Diaz, superb in Fruitvale Station, gets the spotlight in “Ralphie,” the show’s first episode. The story is a generic psychological thriller, but Diaz sells the hell out of it. Again, each episode has something to recommend in it. When the series is able to marry story, performance, and production, the result can be breathtaking. Such is the case with “Voyeurs.” It’s a nearly wordless installment that plays like ballet. It’s exhilarating. It’s the standout of the six episodes HBO made available for review. It would be the best episode if there weren’t two other episodes (“My Love,” “The Fight”) that hit similar highs.

Despite the natural volatility of the anthology format, I thought the show grew stronger the more I watched. I don’t know if that’s a product of good sequencing or me just getting on the show’s wavelength. Either way, it worked. I’ll be checking into Room 104 as often as HBO and the Duplasses will invite me. I suggest you do the same.