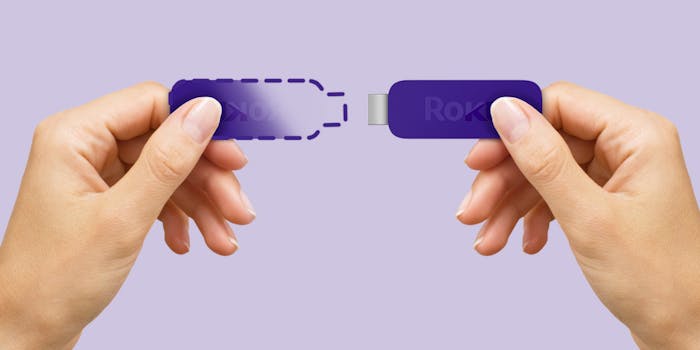 Roku set on making 4K the next big thing in TV

At CES, Roku shows off its 4K vision.

Roku is hell-bent on single-handedly making 4K the next big thing for TV viewers.

At the 2015 Consumer Electronic Show, Roku, a device manufacturer and services provider in the streaming TV business, is pushing the 4K (that’s 4,000 pixels on screen) standard by offering an operating system that works with the new generation of ultra-high-resolution sets. At CES 2014, Roku announced a partnership with manufacturer TCL to use its streaming platform—Roku TV— as its de facto smart TV guide. For this year’s CES, Roku has gone the next step to design a 4K reference design which TCL will use in a new line of 4K TVs.

The Roku TV platform differs from the interface it offers on its popular boxes and streaming sticks in that allows a user to control the peripherals—such as live TV channels and game boxes—from one remote. Roku has also announced two new partners for its operating system, Insignia and Haier.

As the leading streaming ecosystem based on consumer sales—offering a device and content via a number of channel partners—Roku is positioned to play a key role in future 4K scenarios. The streaming provider has announced Netflix as its first 4K TV partner. Netflix has previously stated it would offer such shows as Breaking Bad, House of Cards, and its new original series, Marco Polo, in 4K. Other channels currently carried by Roku that offer or plan to offer 4K shows are Hulu Plus and Vimeo.

Roku is not the first device/content player to offer 4K services. Amazon announced that it will offer 4K streaming to its Prime members. Four movies—Philadelphia, Hitch, Crouching Tiger, Hidden Dragon, and Funny Girl—are available via 4K streaming via Amazon Prime. Amazon sells smart 4K TVs from such leading manufacturers as Sony and Samsung, but none come with Amazon’s streaming interface pre-installed.

Offering 4K content is not without its challenges, the primary one being the bandwidth costs required to serve ultra-high-definition programming. Consumers are likely to be hit with higher Internet fees once 4K content becomes more prevalent resulting in bandwidth logjams. To help boost the amount of 4K content available, Sony is among those manufacturers announcing 4K videocameras at CES 2015.