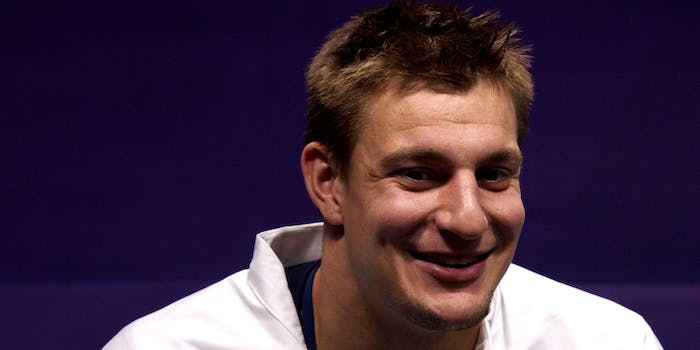 Patriots tight end Rob Gronkowski is probably the most loved (or, at the very least, the most talked about) NFL player on social media. It’s because he makes it so easy. He’s either going on the bro-iest cruise in history or he’s dancing and/or wrestling with a broken arm or he’s simply spiking stuff for his own amusement.

He is, after all, no fuckboi. (Unlike, ahem, New England’s quarterback.)

But until recently, Gronkowski fans had no reason to look for him on Instagram, since he didn’t participate in that particular social media site. He does now—as of Tuesday night at 8:30pm ET, he’s already amassed 514,000 followers—and his first post is, well, totally Gronkified.

And with that, we can pretty much be assured that, on Instagram, Gronk will continue to be the same Gronk. If you hate him, you’ll probably hate him here as well. But if you love him, he’ll probably continue to give you reasons to do so.