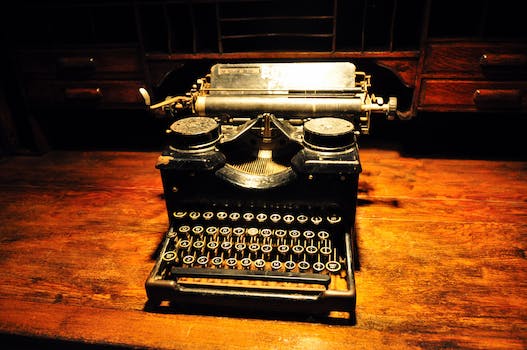 How R.M. Drake turned his Instagram poetry into an Amazon bestseller

Meet the mystery artist reimagining poetry for the Instagram age.

You’ve seen his work on your iPhone screen: the typewriter font against a stark gray background, the words dripping with sentimentality and signed “r.m. drake.” The best kind / of humans / are the ones who / stay, one of his shorter missives reads. It has more than 60,000 likes.

Retype #307 by Robert M. Drake #rmdrake I wrote this last year still hits home. Love you all so much.

With more than 685,000 followers on Instagram, close to 12,000 likes on Facebook, and roughly 14,000 followers on Twitter, R.M. Drake, or @rmdrke, may be one of the most successful poets working today—if not in terms of literary credentials and respect in Brooklyn, certainly in terms of reach.

#527 by Robert M. Drake #rmdrake @rmdrk Beautiful chaos is now available through my etsy (the link in on my bio) ships world wide.

It’s not surprising that there is someone out there, making pictures out of little sayings, posting them on the Internet and getting a lot of clicks. Anyone scrolling social media on the regular will tell you that. What’s unusual is the ardency expressed in the comments on his accounts. Notes like “Wow. It’s like he knows me,” and “I.LOVE.THIS” appear regularly under his updates. His evocative (if at times overwrought) pieces set his presence apart from similar “quote” pages.

It is also no small feat that he’s sold a ton of actual, paper books.

Since he began his account this time last year, he’s put out three self-published collections, and this summer, the most recent one, Beautiful Chaos, landed in the top 20 best-selling poetry books on Amazon. Right now Edgar Allen Poe’s Complete Tales is No. 1; R.M. Drake’s is No. 6.

Google him, though, and you’ll see that for someone who’s arguably pretty public, there are very few photos, and virtually zero life updates, thoughts or other normal social media ephemera on his accounts. Certainly no one in the press has featured him.

So who is this guy?

“R.M. Drake” is actually the nom de plume of 32-year-old Robert Macias. He’s the son of Colombian immigrants, a lifelong Miami resident. Macias took on the surname “Drake” in middle school (way before Drake the rapper was around, he’s quick to add).

“My close friends call me Bobby, and when I was younger I was really into breakdancing,” he explained to me over the phone. “It just happened one day my buddy was like, ‘We should call you Bobby Drake, like Iceman.’ And it stuck.” In art school at FIU, he began signing paintings and experimental videos as R.M. Drake.

Drake is talkative, nervously at first. He chats a mile a minute in a soft Spanish accent. At one point in our conversation he let a “pero…” slip as he explained his process: He carefully edits each piece on Word, before typing it up on handmade paper with a 1940s Royal typewriter he bought at an antique shop in Miami. He photographs each poem and then, finally, Instagrams it.

The dearth of personal detail online is purposeful. He was a lonely kid, he says, which is at least partly why he turned to creative pursuits. He very much prefers the shadows to the spotlight. “I like to be detached,” he told me. “I get a lot of social anxiety. Even doing this interview is a big deal for me because I’ve turned down so many.

“People do say to me, ‘I want to know more about you,’ but in a way what I’m doing is actually way more personal,” he added. “I’m sharing my thoughts and my feelings, versus you sharing your margarita.”

He is currently seeing someone, but the “she” he so often references is just a persona. “She is me. It’s just a reflection of myself that I developed, maybe because in those posts I’m afraid to express myself fully.”

#544 by Robert M. Drake #rmdrake @rmdrk Beautiful chaos is now available through my etsy. The link can be found in my bio.

Often the “stories,” as he calls them, are snippets of longer pieces or excerpts from one of the two novels he’s currently working on. “I would never consider these poems. I am not a poet. To be honest, I do not know what to call these but they are part of a greater picture,” he explains, adding that their brevity is more of a reflection of the world we live in than anything else. “People live their lives very quickly. They don’t have time to read or do anything that takes time.”

Thanks to the success of Beautiful Chaos, plus all the posters and prints he’s moved via Etsy, he’s been able to quit his job as an art director at Univision. Now he spends his days filling orders and writing. “Just writing all the time,” he said. “I write on my phone, just wherever I am.”

I asked Macias what he’s trying to accomplish with this whole thing, what he really wants people to understand about him and his work. “I guess what I’m doing is I’m trying to discover the connection between all of us,” he said. “It’s like, yes, we all have social media. We do share our lives, but how much do we really understand about each other? I just want people to know, like, I get you.”