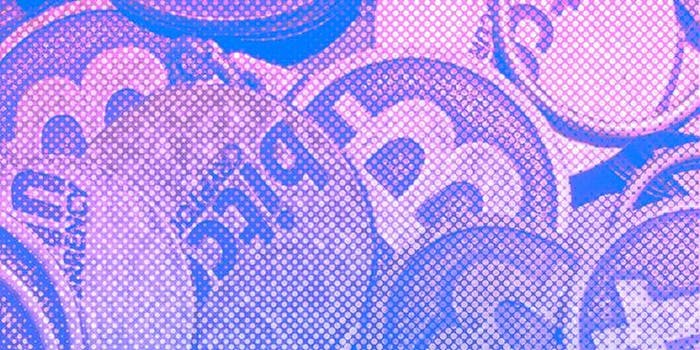 A look behind the virtual curtain.

When I told a friend I was writing a piece on the new documentary The Rise and Rise of Bitcoin, his response was telling.

“Is that still around?”

Indeed, mainstream exposure to Bitcoin has largely involved the occasional media blitz when its value rockets upward or comes crashing down. Between all the ups and downs, it’s becoming increasingly normalized across the globe, effectively etching a place for itself in both physical and virtual marketplaces that accept it as payment alongside the dollar and the euro.

As somebody whose previous knowledge of Bitcoin is limited to an aborted foray into Silk Road in 2011, I seem to be in the target audience for The Rise and Rise of Bitcoin, which pulls its narrative thread from the early interest of director Nicholas Mross’s brother, Daniel, and slowly expands as the currency explodes in popularity. What starts as a story about Daniel’s mining hobby becomes a tale of lavish conferences, million-dollar companies, and, in the end, some pretty bad outcomes for folks, if not for the currency itself.

Browsing the r/bitcoin subreddit, most users agree the information presented in the film is old news to true Bitcoin enthusiasts, with some wishing  the film focused less on “Bitcoin celebrities” and more on the philosophical implications of the technology. But, as a relative newbie to the concept, I appreciated learning about the more sensational aspects of the story: the early movers who set up servers, the onscreen flashes of  USD value as the timeline progresses, and the “celebrities.”

The celebrities aren’t unlike those created by the tech boom of the ‘90s. There’s Charlie Shrem (CEO of BitInstant), Jared Kenna and Ryan Singer (CEO and COO of TradeHill), the reclusive Mark Karpeles (CEO of Mt. Gox), Roger Ver (major investor in BitPay and general Bitcoin evangelist), and even the Winklevoss twins, who claim to own 1 percent of all Bitcoin.

It’s been a rocky road for Bitcoin, and the film was there early to catch much of the drama, from its initial break of the $1 USD mark in early 2011 to the charge past $100,000 at the close of 2013. By that point, Bitcoin was featured by every major news outlet imaginable, transforming from something previously seen as speculative into a formidable financial powerhouse. The value ended up hitting an incredible $1.2 million before security issues began to make investors uneasy. Things came to a full panic when Mt. Gox was allegedly hacked earlier this year and 750,000 Bitcoins suddenly went missing, ultimately sending the value hurtling back down to around $300.

Mark Karpeles was forced to file for bankruptcy with Mt. Gox. Charlie Shrem was arrested for allegedly aiding in money laundering connected to Silk Road, and TradeHill was forced to close when a lack of regulation resulted in banks cutting ties with their operations. In September, long after the film was finished, the Federal Trade Commission shut down Butterfly Labs, the company Daniel Mross orders his new bitcoin-mining servers from in The Rise and Rise of Bitcoin, after consumer complaints of fraud and the misappropriation of company funds.

What’s driven home in the film is the fact that Bitcoin is not something that can go out of business or become obsolete, not any more than the Internet can file for Chapter 11 bankruptcy. At the heart of the technology is the fact that every owner of bitcoin is their own bank. Even if the financial industry pulls out all the stops in trying to crush those that make it easier to use, the platform is impossible to stomp out. Its peer-to-peer nature makes it similar to torrenting; even if you shut down sites like Pirate Bay, you’ll still always be able to send files via torrents. This aspect makes it an inevitable game-changer. The number of small businesses that accept the currency is currently exploding worldwide.

The film spends some time with Roger Ver, who’s also known as “Bitcoin Jesus.” Ver’s company, BitPay, makes it easier for businesses to accept the currency, evading its fluctuating valuation by instantly converting bitcoin to dollars when a transaction is made. In the film, we see him explain this concept to the owner of a grocery store in the San Francisco Bay area. When he tells the man that his service only charges 1 percent service fees, the owner’s eyes glaze over as he grasps at how much money he’d be saving over the 1.5 to 3 percent service fees of major credit companies.

For a newbie like me, The Rise and Rise of Bitcoin was a great introduction to all this madness. If you’re a Bitcoin fanatic, you may find yourself a tad bored with the film, but find a friend who’s clueless to watch it with. You should get quite a thrill from their reaction, especially if they’re a Libertarian.

The Rise and Rise of Bitcoin is available on Vimeo on Demand for $4.99 to rent and $12.99 to own. Ironically, there’s not yet an option to pay for the film with bitcoin.

Photo via BTC Keychain/Flickr (CC BY 2.0) | Remix by Max Fleishman