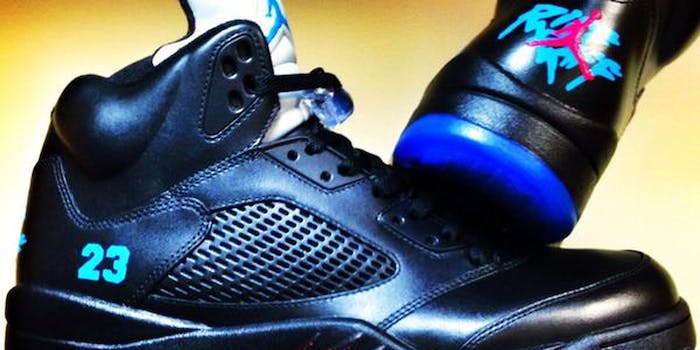 Several weeks ago, rapper Riff Raff took to Instagram to announce his new limited-edition Air Jordans and a possible collaboration with Jordan Brand. He explained in the Instagram post:

SHOUT OUT TO MiCHAEL JORDAN & THE JORDAN BRAND THiS iS A PROTO TYPE OF THE NEW NEON iCON RiFF RAFF JORDAN’S THAT WiLL BE A LiMiTED EDiTiON SHOE DROPPiNG iN CHAMPS, FOOT LOCKER, FOOT ACTiON & FLiGHT CLUB SUMMER OF 2015 FOR $750 AND COMES WiTH AN AUTOGRAPHED COPY OF MY PEACH PANTHER & THE PURPLE PANTHER ALBUM

A sneaker collaboration makes perfect sense for Riff Raff. His biggest hit to date is 2014’s “Tip Toe Wing in My Jawwdinz,” which helped push his album to No. 4 on Billboard’s rap charts.

What’s strange—or maybe not considering Riff Raff’s history of online trolling—is that when Hip Hop Wired reached out to Jordan Brand for confirmation, the company denied the collaboration, stating, “At this time there are currently no plans for this shoe or a collaboration with this individual.”

Not to be deterred, over the weekend Riff Raff posted a link to an eBay auction containing the purported “Neon Icon Proto Type Aquaberry Air Jordan” sneakers. While the shoes look suspiciously like a custom painted pair of Jordan Vs—or perhaps even a Photoshop—bids on the auction, which began at $1, reached as high as $1 million before Riff Raff canceled the listing. 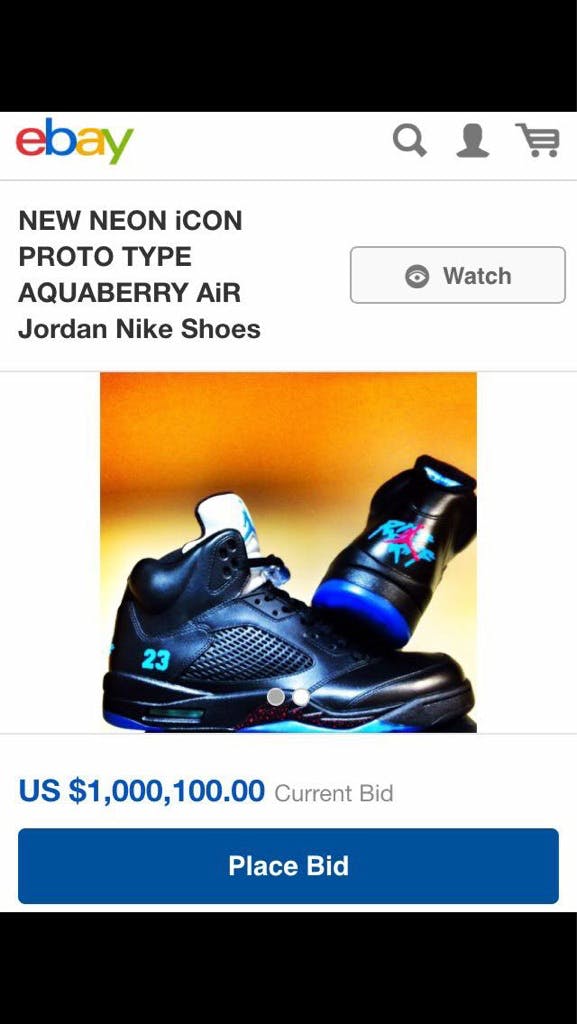 It’s unclear whether the million-dollar bid was real, or if the rapper is just perpetrating another elaborate hoax. The auction is back at a $1 bid but the potential to own the Aquaberry Air Jordans has thrown the Internet into a tizzy. On a related note, Riff Raff is also offering to be your prom date for just $28,000.

Judging by the buzz the auction created, maybe Jordan Brand should consider pairing up with the “Rap Game Martha Stewart.”