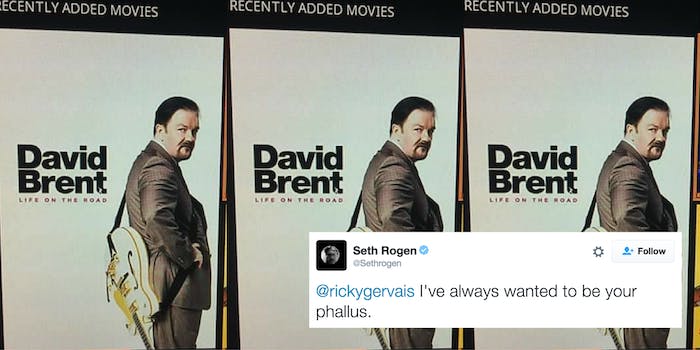 Ricky Gervais and Seth Rogen had a perfect NSFW exchange

At least Gervais is being honest.

On Thursday, Gervais tweeted a photo of a screen with a set of interestingly placed films, two of them being his recent The Office mockumentary continuation, David Brent: Life on the Road, and Rogen’s Sausage Party.

Yep, that’s quite the serendipitous arrangement.

I've always wanted to be your phallus.

The internet works in mysterious ways.