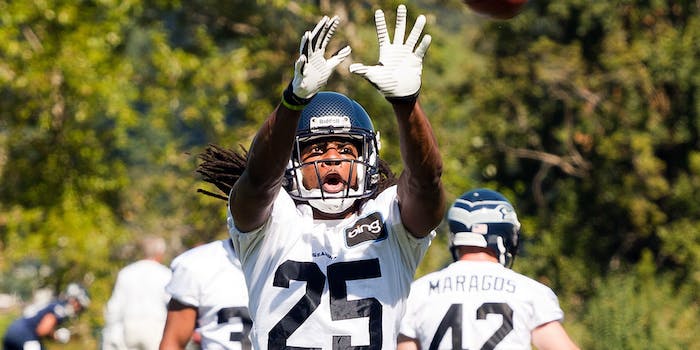 It’s tough to be the bad guy. Ask the Seattle Seahawks’ Richard Sherman, who’s been vilified for a pompous post-game rant last week after the Seahawks won a playoff game against the San Francisco 49ers.

But as one face-meltingly sweet 6-year-old boy in Seattle points out, just because you’re the “bad guy,” doesn’t mean you’re a bad guy. With wisdom straight out of a Disney film, the young fan, named Nikolas, wrote a heartwarming letter to Sherman comparing him to the hero of his favorite movie.

“Richard Sherman reminds me of Wreck-It Ralph because people think they are both bad guys, but they are both really good guys,” Nikolas wrote. “They are both nice to kids and really smart.”

Nikolas goes on to say that Sherman saved the game on Sunday, just like Wreck-It Ralph saved a game called Sugar Rush in the animated feature. While the a oafish video game character messes things up, he does so with a pure heart.

Sherman seems to agree with the comparison, tweeting about the letter, “I’m glad this little guy gets me.”